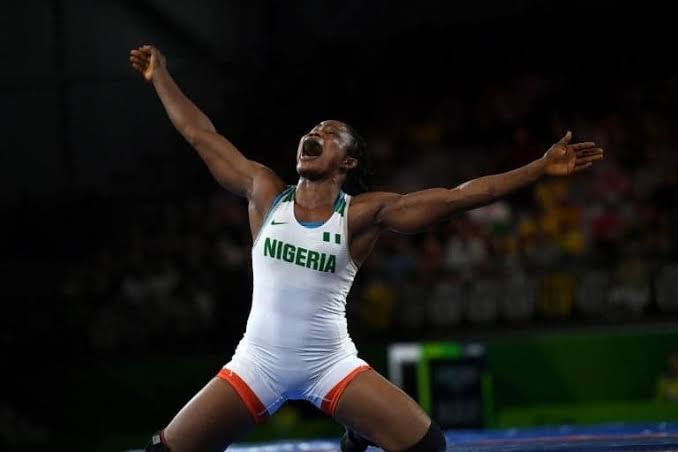 The ten-time African champion said, “The minister of Sports, (Sunday Dare) and President of Nigeria Wrestling Federation, Daniel Igali inspired me to this feat.”

“The minister is truly a father when he visited us in the camp on three occasions. He encouraged us on our careers as a father with passion for developing sports in Nigeria. Even when things were not going well for Team Nigeria in Tokyo with other athletes, I said to myself, I will make Nigeria and the minister proud. I give it to the minister and the Federation president, Daniel Igali who have been in pole position in making sure that will win Medals at the Olympics.” She concluded.

The Commonwealth champion on Monday made history as the first Nigerian to reach the final of a wrestling event at the Olympics, after recording an impressive 7-2 victory against 2012 bronze medallist Battsetseg Soronzonbold of Mongolia in the last four clash.