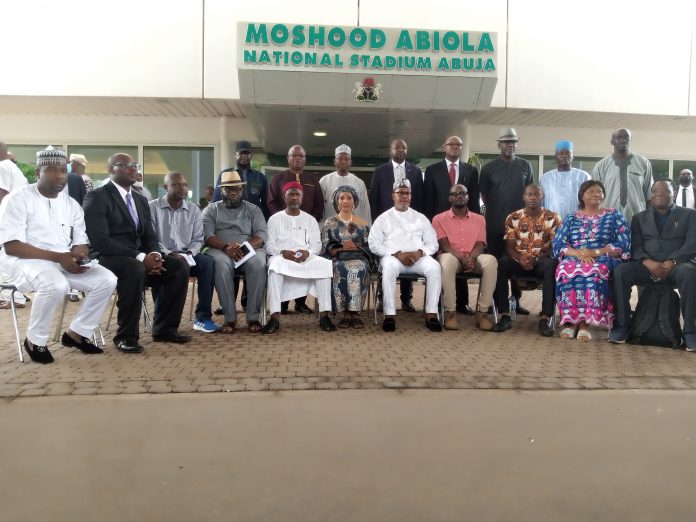 The Minister of Youth and Sports Development, Sunday Dare on Tuesday inaugurated the newly elected Athletics Federation of Nigeria (AFN) board members to oversee the affairs of athletics in Nigeria for the next four years

Sunday Dare during his speech promise that the Federal Government will always be in support of the new board.

The minister said Nigeria will have a sigh of relief as the crisis in the Federation in the lat 18 months comes to an end.

He said, “For 18 months we’ve been dealing with crisis in AFN. I thank the ministry staff for their unwavering commitment and defending the position of Federal Govt of Nigeria during the trying times.

He continued, “Let me welcome the Athletic Federation of Nigeria board. The last one week has been so busy with elections from your states and but the next two weeks will be busiest week in our sports calendar because June 29 is day the window of qualifiers will close down.

He advised that the board must not fall for the plans set for them to fail.

“The board must avoid pitfalls and must follow the AFN Constitution of 2017 and also follow the Nigeria constitution and carry all stakeholders along. The welfare and support of athlete whether home based or abroad must be on the front burner.” The Minister advised.

It is a new dawn on “Nigeria athletic as it shown on the election. As it recognised by CAA and WA.”

I am delighted that under my watch the sports Federations have been filling. Despite 18 months fracas AFN has achieved a lot.