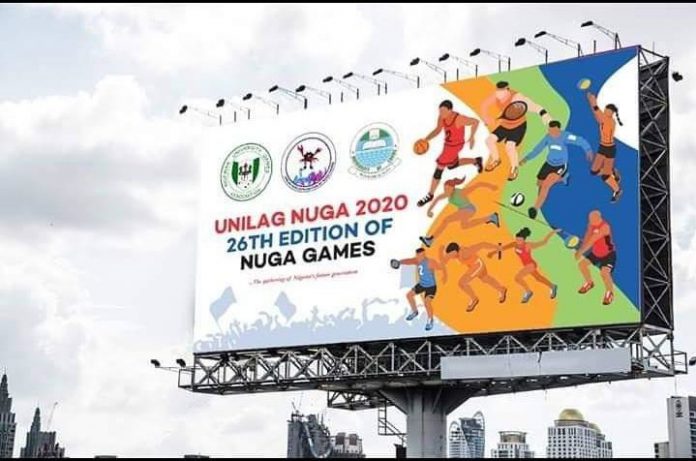 The University of Lagos management on Tuesday said it is planning to host one of the best Nigerian Universities Games (NUGA) next year with 10,000 athletes and officials expected.

Vice-Chancellor of UNILAG, Prof Oluwatoyin Ogundipe, said the 26th edition of NUGA  will start from March 16 to 26th, 2021.

According to him, about 136 universities are expected to participate in the 26th edition of the Games which UNILAG is hosting for the third time.

Ogundipe explained that about 10,000 student-athletes and officials will feature in the games, adding “17 different games are expected to be completed for during the games.”

He disclosed that the university sporting facilities are currently undergoing massive renovation and reconstruction to meet international standards.

“UNILAG-NUGA 2022 has been tagged “A City NUGA as we intend to take some of the games outside the university to create an awareness within the society about the unity value of sports.”

Ogundipe said the Games is expected to be viewed all over the World because it will deploy TV outlets, including UNILAG TV to enable people to follow the activities.

His words: “UNILAG-NUGA 2022 is set to assist NUGA National Council in re-writing the good old days stories of the game by ensuring that only bonafide students of Nigerian universities participate in the Games through transparent accreditation exercise and unbiased officiating during the Games.”

The VC further revealed the Games Mascot ‘Kaddi’ and the Torch of Unity will be re-launched and ignited on Friday, November 26.

“The university is set to stage the best NUGA during the 26th edition.” Recall that UNILAG won the hosting right after defeating the University of Jos with 76 points to 66points. Ogundipe further recalled that the university had hosted NUGA Games in 1968, 1978 and 1998.

Moerane was a leader who put the people of SA first...