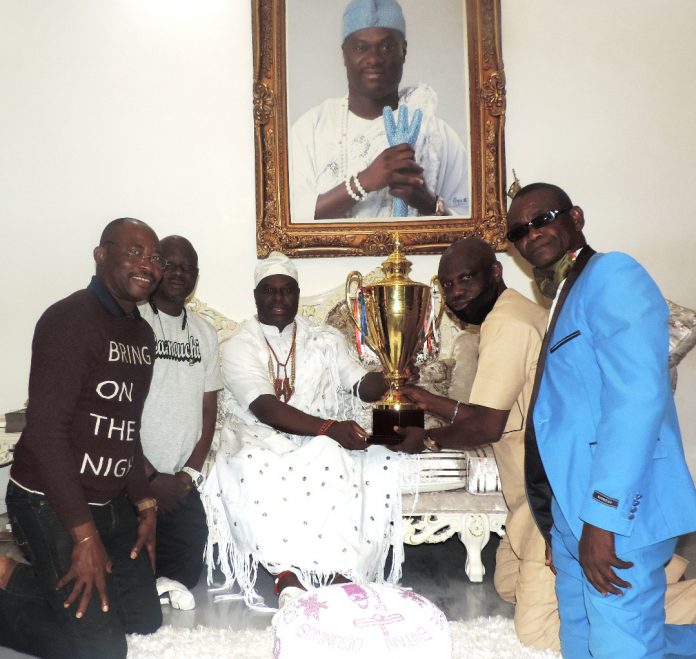 But Former Liberty Stadium, now Obafemi Awolowo Stadium has been playing host to the preliminaries matches of the Oduduwa Unity Cup, an Under-17 Boys and Under-18 girls football tournament initiated and sponsored by The Arole Oodua, Oba Enitan Ogunwusi, the Ooni of Ife as contribution to grassroots football development.

The preliminaries of the tourney which is being organized by Youths Sports Federation of Nigeria (YSFON) South/West zone under the leadership of Abayomi Alabi has commenced since two weeks ago in all other states in the region.
Grassroots teams from Ibadan and it’s environ such as MALAGA CF, Sunlight FC, Young Stars, Africa Vision, Adewale SC, PSI, ARYFAD FC, Stars Machine FC and Ilaji FC have been locking horns to determine the two teams that will represent Oyo State in the finals.
Alabi while speaking with newsmen during the tourney said all the teams have been careful screened in compliance with the stipulated age categories which is the objective of the sponsor to checkmate the over-age syndrome rocking our age grade competition.
“We are expecting two teams to qualify from this one-week play-off and join ten others from Lagos, Ekiti, Osun, Ondo and Ogun for the finals that will be staged at a date that we will announce soon”, Oluaye as the YSFON boss is popular called noted.

Haiti confirms case of cholera with other suspected cases