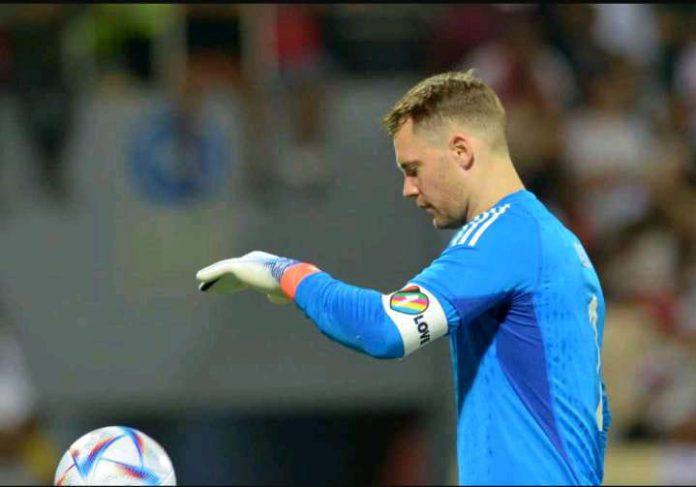 The last has not been heard of the ban on OneLove armbands, as the German Football Association has taken FIFA to the Court of Arbitration for Sports.

Germany and six other European nations were forced to backtrack with plans to wear the rainbow armband, aimed at promoting diversity and inclusion, after a FIFA threat of sporting sanctions.

Germany’s Manuel Neuer was among captains, including Harry Kane, Gareth Bale and Virgil van Dijk who have had to ditch the ban for the opening games in Qatar, where same-sex relationships are illegal.

However, Germany is fighting the decision and hopes CAS can overrule the FIFA ban which could mean that Neuer wears the armband for their second World Cup group game against Spain.

DFB spokesman Stefan Simon confirmed to Bild that it had complained to CAS.

“FIFA has forbidden us from using a symbol of diversity and human rights,” he said.

“It said the ban would be linked to massive penalties (like) sporting sanctions without concretising exactly what it meant. The DFB is keen to clarify whether FIFA’s procedure is legitimate.

“We lost the armband and it is very painful but we are the same people as before with the same values. We are not impostors who claim they have values and then betray them.