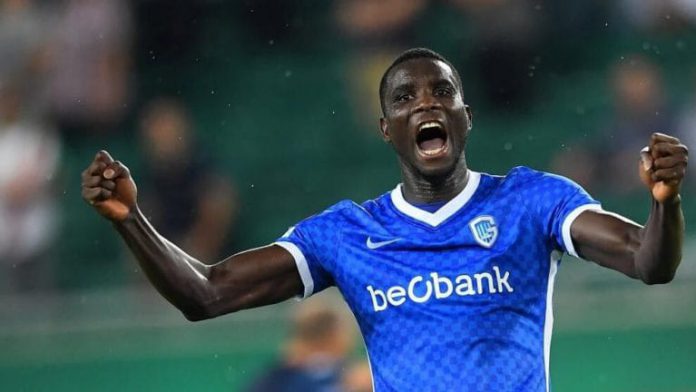 Nigeria’s Super Eagles forward Paul Onuachu seems to be gradually regaining the form that made him one of the most dangerous forward especially in the Belgian Jupiler league.

He started the 2022/2023 Jupiler league season in the treatment room but opened his goal account last weekend.
He underlined his importance to the club on Saturday afternoon as Genk defeated KV Kortrijk 2-1.
He opened the scoring in the 37th minute before Selemani brought the game level for the away side in the 58th minute.
Onuachu sealed the game from the spot in the 78th minute and handed the Limburger maximum points.
The lanky forward has now scored thrice in the last two games.

Southampton Boss Reveal Why They Opted For Onuachu