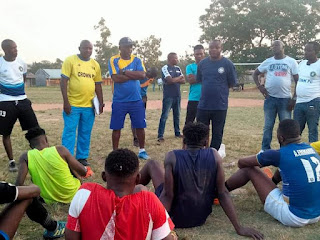 The Ajilete warriors have revealed who their first opponent will be as they warm up for the 2021/22 Nigeria National League season.

Crown FC first pre-season fixture has been confirmed and they will take on Masifa United, a grassroot side today.

The match has been confirmed to be played at the Baptist Theological seminary Football Pitch, Ogbomoso by 4pm.
This will be the first match under thier new Head coach, Anthony Encho who had appealed to the Ajilete fans and supporters for thier maximum support and prayers.