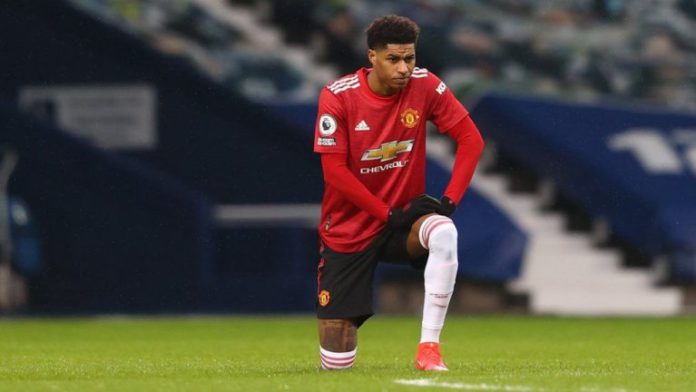 The 24-year-old, who has found a new lease of life under Erik ten Hag, put on an impressive showing against Arsenal at the start of September, scoring twice as the Red Devils ran out 3-1 winners.
In total, Rashford picked up two goals and two assists in September.

United only played two games in September after they had two matches postponed following the death of Queen Elizabeth II and the international break, but the forward was involved in all four goals the Red Devils scored in the month, also teeing up two assists for team-mates Jadon Sancho and Antony.

He seemed set to earn an England recall for his performances, but picked up a hamstring injury in the Arsenal game and has been out ever since.

Winning the monthly award is a well-timed boost for Rashford as he tries to force his way into Gareth Southgate’s squad for the World Cup in Qatar.

Rashford has been playing up front for United so far this season, returning to a position that saw him break onto the scene as a teenager.

He has been keeping Cristiano Ronaldo out of the side, but missed the Red Devils’ last two games in the Europa League with the hamstring issue.

United face rivals Manchester City in the Manchester derby this weekend, with Rashford a doubt for the tie.

City star De Bruyne was shortlisted for the award but Erling Haaland was not nominated despite a string of impressive performances.

Like Rashford, he also scored two goals in September, with strikes against Aston Villa and Wolves.