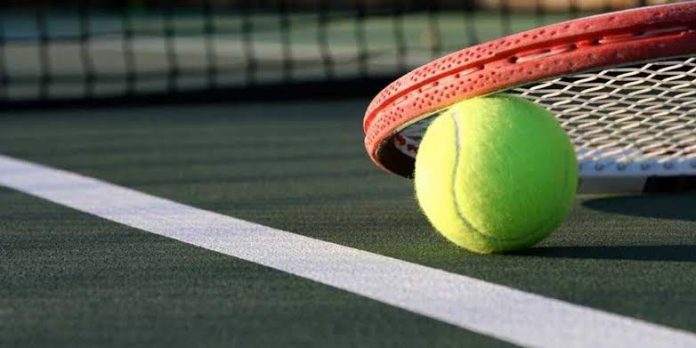 The tennis tournament packaged by Ekiti State Tennis Association under chairmanship of Mr Yemi Owoseni is bankrolled by VOKI Sports Academy based in Iloro Ekiti.

According to Owoseni, he disclosed that all the six south-west states namely Lagos, Ogun, Oyo, Osun, Ondo and host state Ekiti would feature their best players in both men’s and women’s category respectively.

“The tennis tournament is for the best two most ranked players in each state from the south-west states. It will serve -off on Wednesday, June 9th and end on Saturday, June 12th.

“This is the third tennis events to be organised by the state tennis association in the past two months. And this edition is sponsored by VOKI Sports Academy, based in Iloro Ekiti.

“The JKF tennis tournament will consolidate the two recently organized tennis championships held in the state which were both successful,” former Permanent Secretary said.

Meanwhile, the state tennis coach, Akinwumi Ogunsakin has assured that his players would give their best as usual at the tournament just as they did at the Ekiti Close Tennis Championship and Major General Adeyinka Adebayo Memorial Tennis Masters organized recently.

24 hours on from Brighton horrow show, Lee Mason pulled from...

The Federal Ministry of Youth and Sports Development regrets the unfortunate...