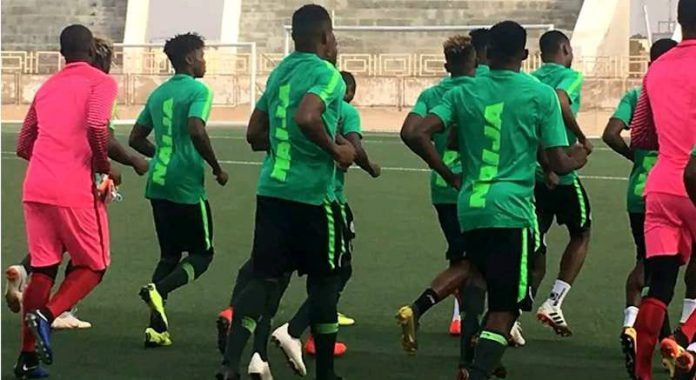 Not fewer than 10 players have been given the marching order from the camp of Nigeria’s U23 Men’s national team in Ibadan.

The 10 Nigeria Professional Football League (NPFL) players were reported to have conflicting age on their passports and their FIFA Transfer Matching System (TMS). To avoid automatic disqualification for Nigeria, the coaching crew have announced that the 10 players be left out of the squad that will face Tanzania in the First leg of CAF U23 African Nations Cup Qualifier scheduled to hold between 21-23 October, 2022.

The affected players are: Kayode Bankole of Remo Stars, James Ajako of Akwa United, Maurice Chukwu of Rivers United, Haggai Katoh of Plateau United who are yet to resume will have no need to join the team.

Others like, Samuel Kalu of Enyimba, Chidiebere Nwobodo of Rangers, Mustapha Jibril of Lobi Stars, Abdulsalam Abdulsalam of Wikki Tourists, Zulkifilu Mohammed Plateau United who are also not in the camp will have no cause to join the team again. Edwin Emelan of Calabar Rovers who was also part of the age decrepancy has been asked to vacate the camp of the U23.

The Nigeria team who have been in camp in Ibadan will depart the country for the first leg on Wednesday.

Tuju, Wako stormed into my office at 3am: Chebukati