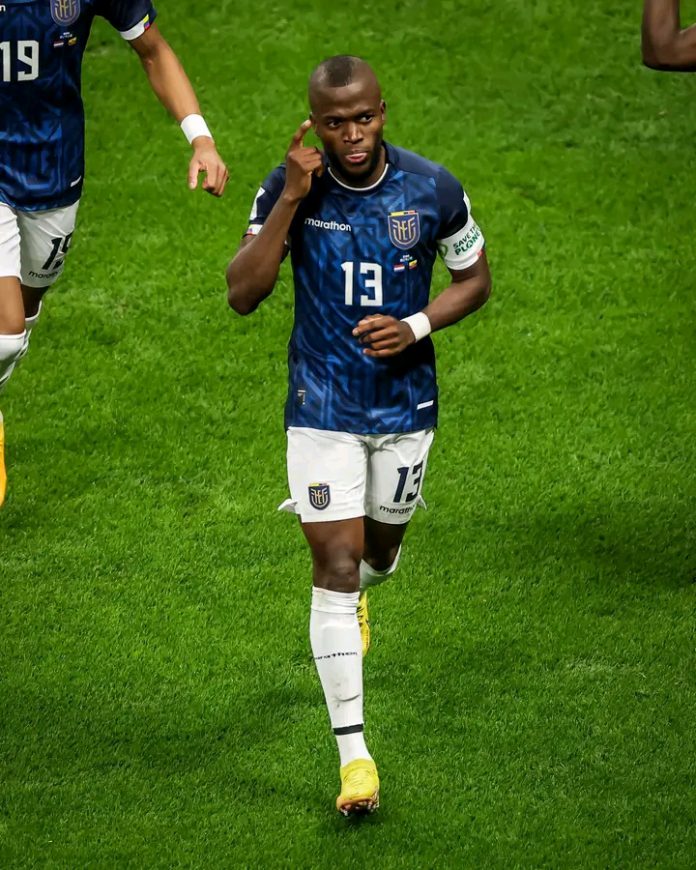 Enner Valencia scored his third goal of the World Cup before being taken off on a stretcher as Ecuador drew with the Netherlands to leave Group A wide open.

PSV Eindhoven forward Cody Gakpo had given the Netherlands the lead after just five minutes and four seconds – the quickest goal so far in Qatar – when he struck a shot beautifully into the top of the net.

But the Dutch struggled to build on their lead, with Ecuador’s Pervis Estupinan having a goal disallowed on the stroke of half-time.

Ecuador fans were bouncing with excitement throughout the second half at the Khalifa International Stadium as they equalised just after the break and continued to create chances against a rattled Netherlands side.

The entire Ecuador squad ran over to the corner flag to celebrate with Valencia after he poked in the rebound from Estupinan’s parried shot in the 49th minute – and Gonzalo Plata hit the crossbar with a long-range effort shortly after.

Captain Valencia, who scored both goals in Ecuador’s victory over hosts Qatar on the opening night of the World Cup, was a constant threat but his night was cut short due to injury.

The former West Ham and Everton striker went down in the final minute of normal time and was taken off on a stretcher, but was seen hobbling to his seat in the dugout.

The result means three teams from Group A will be battling it out for a place in the last 16 in the final group match – the Netherlands, Ecuador and Senegal – with all three capable of going through as table leaders.

Load shedding, unemployment combo could trigger a wave of violence over...

Era of cathedrals long past; my campaign not against the church...

Super Eagles will soon have a home ground for Matches