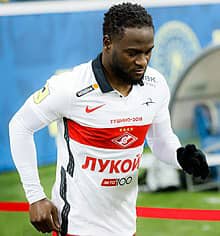 Since joining the club, Victor Moses has impressed at the Otkritie Arena and guided them to the UEFA Champions League following their second-place finish in the league.

While signing Moses, the Reds-Whites have an option to make the deal permanent. According to reports, the Russian club have activated the option and have signed him for a fee worth 4.5m euros.

In the 2020/2021 season, the Nigerian winger scored four goals and created two assists in nineteen games.

Exposure to mercury in mining town damaging health of women