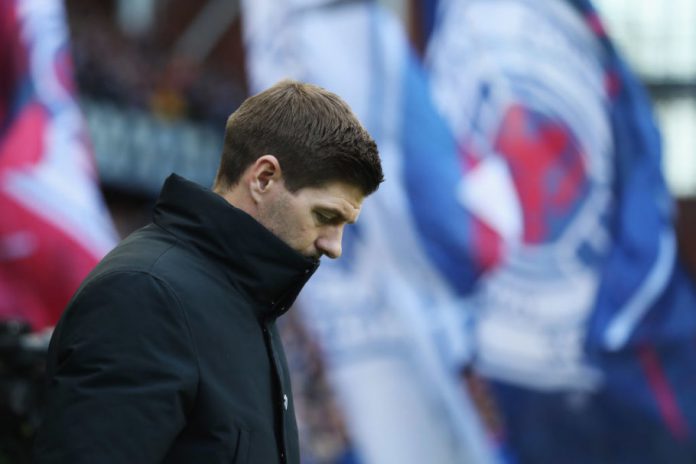 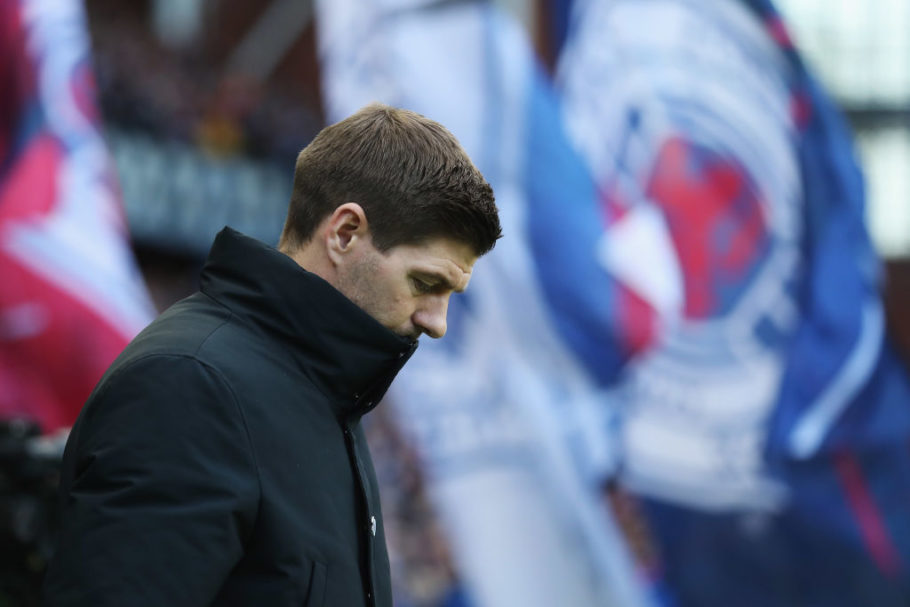 Footage of Steven Gerrard’s central role in the title celebrations at Rangers has gone viral across social media on Monday.

The news which fans of the Gers had been patiently awaiting all season was of course finally forthcoming yesterday afternoon.

After Celtic were held to a 0-0 draw by Dundee United, the Hoops’ hold over the Scottish top-flight was officially broken.

Amid a historic campaign, which has seen them rack up a remarkable 28 wins in 32 league outings, Rangers were officially crowned as champions of Scotland for the first time in a decade.

In turn, on the back of such a lengthy wait, it has since come as little surprise to see the Light Blues’ celebrations prove equally wild and lengthy.

In fact, the chaotic scenes at Ibrox actually got underway on Saturday, a full 24 hours before the club’s title was even made official:

The day or so since Celtic’s surrender was confirmed, though, have seen things move up another notch.

A host of videos have surfaced online, showcasing Rangers’ fans and players alike, allowing 10 years of frustration to come flooding out:

💙 Goodnight from the Champions.

And, as outlined above, the latest piece of footage to have come to the fore centers on none other than the Gers’ boss.

In the clip in question, Steven Gerrard, surrounded by his players, can be seen gleefully sliding across the alcohol-covered dressing room floor at Ibrox, before hoisting the Scottish Premiership trophy aloft:

Steven Gerrard sliding across a beer soaked Rangers dressing room. You love to see it 😂

‘Ronaldo’s Interview A Planned One’