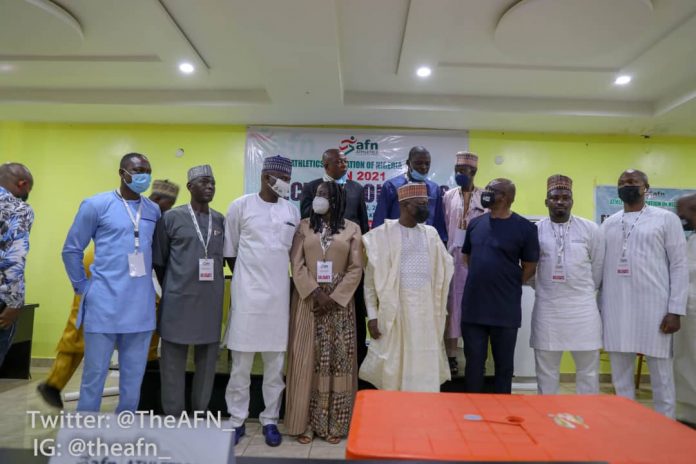 The First Vice-president, Athletics Federation of Nigeria (AFN), Sunday Adeleye has revealed that the Shehu Gusau-led AFN board has approached the court over the June 14 elections in Abuja.

On Monday June 14, 2021 two parallel AFN elections were held. The incumbent President, Shehu Ibrahim Gusau was voted unopposed and re-elected as the president in Kebbi State while the Chairman, Delta State Sports Commission, Tonobok Okowa was elected unopposed in Abuja.

Adeleye insisted that the Kebbi State election was the one recognised by the World Athletics (WA) and Confederation of African Athletics (CAA), hence the Gusau-led board approached the court to challenge the legitimacy of Okowa led board.

Speaking during an interview session on a radio program, Adeleye said, “I am going to tell you with all authority that already we are in court. And then, we have gotten a date. We pre-empted them, we know they’re trickish and then we went to court. Unfortunately, the Court went on strike and now they’ve resumed and we’ve gotten a date today (Tuesday) and we will meet in court.”

Meanwhile, Minister of Sports, Sunday Dare during the inauguration of the Tonobok Okowa led board in Abuja on Tuesday said that the WA and CAA as well the Federal Government are behind the Okowa-led board adding that they are the only legitimate board that will oversee the affairs of athletics in Nigeria for the next four years.

Driver’s licence renewal deadline looms: What you need to know

Husband stabs wife and her lover to death in Kuresoi South