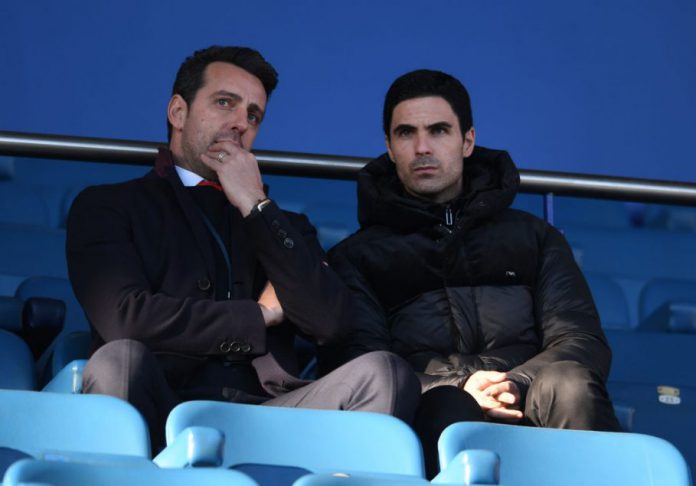 By looking at Arsenal and the league table it is very apparent of the issues that have been going on at the club perpetually over the last number of seasons and beyond.

The club has spent a significant amount of money and the latest publication of the finances of Arsenal show that between 2015 and 2019 the club spent a staggering £561 million on player transfers.

Despite the huge amount of money spent, the club has continued to fall away from their rivals regarding a top 4 place and has even threatened, this season, to fall out of European qualification places altogether.

The question is a simple one. Why are Arsenal where they are now and what has gone wrong so badly with the player recruitment at the club?

The question is simple and the answer is similar. Poor identification of players is at the crux of the issues at the club. Continuously Arsenal have shown to spend big amounts of money on players which ultimately either do not upgrade upon what they already have or comparatively do not enter the other top 6 sides in which they are in competition with.

Looking at the period between the summers of 2015 and 2019 Arsenal brought in 23 permanent signings:

Of the 23, arguably only Pierre-Emerick Aubameyang, Kieran Tierney, Nicolas Pepe, Granit Xhaka and Lucas Torreira were better than what was already at the club. Many of the signings were brought in with the idea that their potential could see them improve above the current squad.

However, of those five, just Aubameyang and Tierney were of a level that could realistically see them earn a starting place in any of Manchester City, Manchester United, Chelsea, Spurs and Liverpool’s teams. This is where the biggest issue lies.

Players like Lacazette never took Arsenal to a level above Olivier Giroud who was already there. Young players like Saliba, Martinelli and Guendouzi might someday, but currently are far off the desired level and will need time.

WIMBLEDON, ENGLAND – DECEMBER 08: William Saliba of Arsenal U21 walks off from pitch after receiving red card during the EFL Trophy match between AFC Wimbledon and Arsenal U21 at Plough Lane on December 8, 2020 in Wimbledon, England. (Photo by Sebastian Frej/MB Media/Getty Images)

Crucial areas were not given the needed attention. Whilst Arsenal spent significantly on Aubameyang, Lacazette, Pepe and Perez, the latter costing £17.1 million and barely ever playing, positions like central midfield and defence remained lacking in serious investment or quality.

With Laurent Koscielny at the club, Rob Holding, Shkodran Mustafi and Sokratis Papastathopoulos never improved on the Frenchman. David Luiz who replaced the long-serving former captain did not offer any greater output and William Saliba and Konstantinos Mavropanos will take time to have the chance to eclipse them.

The summer of 2020 was different. Arsenal signed Thomas Partey from Atletico Madrid and Gabriel Magalhaes from Lille. Both players represented a step up in each key position in Arsenal’s spine. The pair also would have made squads of other top 6 sides and their performances this season have proven that.

Change is needed, but the signs of the recent past are promising.

As mentioned, the change may not need to be drastic, based upon what happened in the summer of 2020. Arsenal are able to bring in players which dramatically increase the quality and the specific positions and this should be a trend that is continued.

What does need to change is the type of player that Arsenal should look at in the summer of 2021. There was previously a focus on bringing in players of a younger disposition that had the potential to develop into a competent and competitive performer and that would arguably compete in England’s top 6.

Now though, Arsenal have a significant number of young players already at the club that are performing on a regular and weekly basis. Bukayo Saka, Emile Smith-Rowe, Tierney, Saliba, Mavropanos, Gabriel Martinelli and Gabriel Magalhaes, in addition to the academy starlets coming through, mean the Gunners can change tact.

BRIGHTON, ENGLAND – DECEMBER 29: Alexandre Lacazette of Arsenal celebrates with teammate Bukayo Saka after scoring his team’s first goal during the Premier League match between Brighton & Hove Albion and Arsenal at American Express Community Stadium on December 29, 2020 in Brighton, England. The match will be played without fans, behind closed doors as a Covid-19 precaution. (Photo by Frank Augstein – Pool/Getty Images)

Mikel Arteta can look to Everton and the dramatic improvement to their squad by adding players of quality in their prime who can make an immediate impact. Allan, Abdoulaye Doucoure and James Rodriguez have allowed The Toffees to compete higher up the table.

Arsenal consequently can look to do this in a number of key areas. There are four main positions in which Arsenal can look to bring in reinforcements.

Hector Bellerin at right-back has struggled for regular form and could be used to make some additional funds by selling him in the summer.

The centre of midfield can again be an area that is improved with a partner for Thomas Partey; not only to complement the Ghanaian’s skill, but to provide cover should he continue to suffer injury issues.

With Odegaard purely at the club on loan, should the Norwegian not be signed on a permanent deal, an attacking midfielder should be on the club’s agenda. Finally, with Lacazette, Eddie Nketiah and Folarin Balogun all looking like possible departures this summer, a striker is another player Arsenal should sign.

101 have released a series of articles looking at these positions:

The most important rhetoric that must be focused on is improvement and competitiveness. No longer can the Gunners add players without them being good enough for their rivals. Stagnation must end and progression must take hold.

‘Sorry Jacob Zuma’ is trending on Twitter, here’s why

Over 50 abducted kids rescued from Church basement in Ondo State