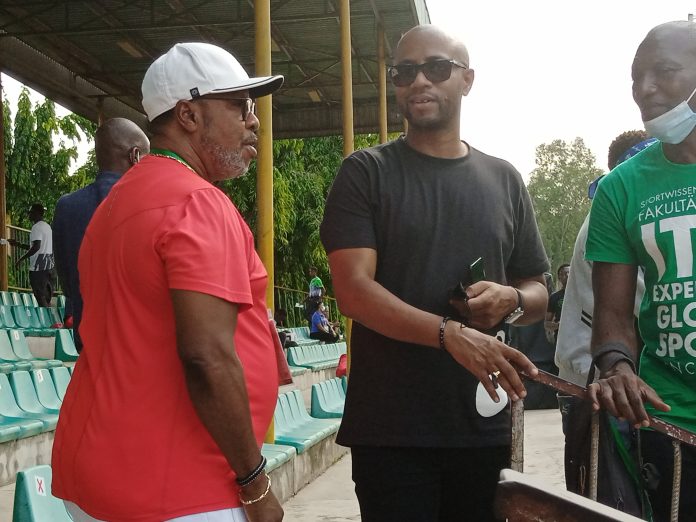 AbdulSaheed who stated that he is in Nigeria to congratulate AFN President, Tonobok Okowa added that his congratulatory message is personal and does not represent CAA stand on the two elections conducted on June 14.

Two different AFN elections were conducted in Kebbi State and Abuja which produced two different presidents for the Federation. In Kebbi State, the incumbent, Shehu Ibrahim Gusau returned unopposed while Tonobok OKowa was elected as the president in Abuja.

He said, “I am here for two things; first, to congratulate the new AFN President, Tonobok Okowa and attend this big event because it’s like African Championship.

He added, “I am here not on behalf of the CAA but I am here as a friend of Nigeria Athletics and also I am a member of CAA and it’s important for me to be here because the athletes in Africa are here.

“As regards whether CAA recognise Tonobok OKowa, I think I cannot answer you because he has just been elected and we know that there’s another issues with Mr Ibrahim, so we’re not involved and personally not here for that. I am not worried with who is the president of AFN.”

AbdulSaheed said CAA was disappointed with Nigeria inability to hold the African Athletics Championship which was canceled due to Covid-19 restrictions.

“We are really disappointed that the African Athletics Championship didn’t hold in Nigeria because 99% of athletes are ready but we understood that it was stopped because of the pandemic.

ANC councillor shot dead outside his house in Durban

Tokyo 2020: IOC To Increase Number of Players For Football Teams