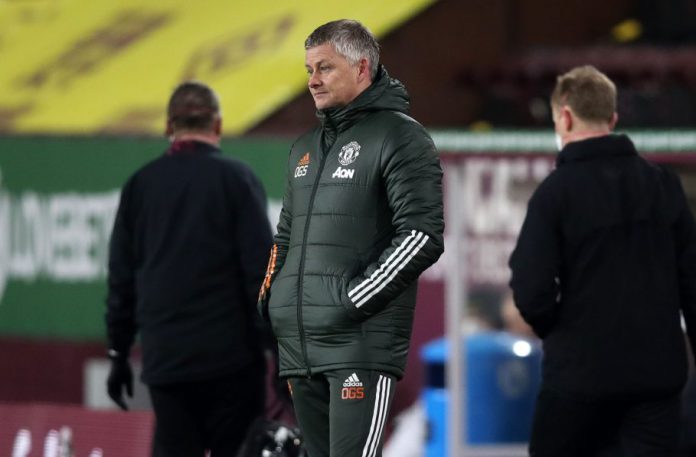 City head into the meeting on the back of a staggering 21-game winning run across all competitions.

Manchester United, on the other hand, have picked up just one win in five in the Premier League, notching four draws.

Such a dip in form leaves the Reds in danger of slipping out of the top-four, despite having previously boasted a sizable advantage over the chasing pack.

Ahead of kick-off on Sunday, United sit in 3rd, four points clear of Chelsea and five ahead of Everton, though the Toffees boast a game in hand.

As a result, losing to City would obviously deal a big blow to the Champions League hopes of the Red Devils.

So, Ole Gunnar Solskjaer was no doubt keen to have as strong a squad as possible at his disposal to take on the Sky Blues.

However, when the teams were revealed an hour before kick-off, United’s featured one very noticeable absentee.

Edinson Cavani recently returned from injury, and started for the Manchester powerhouse in midweek vs Crystal Palace.

However, the Uruguayan was completely omitted from the club’s matchday squad on Sunday.

In the red corner… 🔴#MUFC #MCIMUN

Solskjaer has since provided an explanation for the veteran hitman’s absence, though, confirming that Cavani had to ‘come off’ in training on Saturday, as he did not feel right:

A Walk Through Stockholm