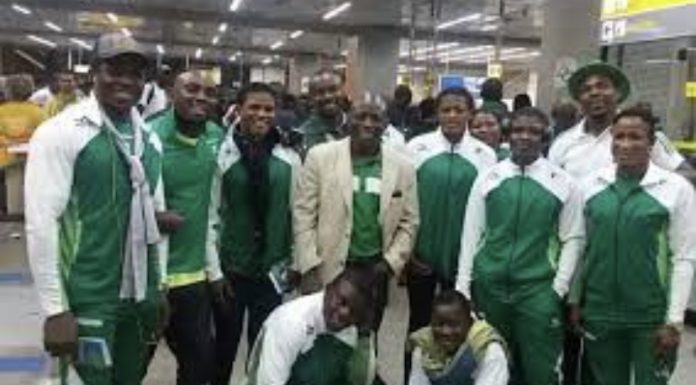 Chairman, Caretaker Committee of the Nigeria Wrestling Federation (NWF) Hon. Daniel Igali has called for sustained funding and sponsorship of the sport following the country’s historic performance at the recently-concluded Tokyo 2020 Olympics in Japan.

With the likes of 3-time World Championships medallists Odunayo Adekuoroye, 27, and 2-time Commonwealth champion Aminat Adeniyi, 28, unsuccessful in their attempts to win medals in Tokyo, the NWF boss said he has a long-term ‘succession plan’ for the top athletes.

However, the World and Olympic champion Igali stated that the ‘succession plan’ won’t materialize without the support and sponsorship from the private and corporate sectors.

“My goal is to ensure that I have a sustained succession plan for most of these athletes,” the Bayelsa State Commissioner for Youth and Sports said. “Which means, in terms of funding too, we need to have better communication even with the Federal Ministry of Youth and Sports.

“Of course you know sports like basketball have funding directly from the Federal House of Representatives – from the budget. And I think wrestling deserves that status as well.

“So, we need to do a bit more in terms of sustained funding, not only from the Federal Government, but we need to look at, especially with the small or little success we had at the (Tokyo 2020) Olympics, for us to have private individuals and/or corporations that will give us that assurance of sponsorship for the next three, the next eight years.

“So, I think those are the foundations I want to lay. And once you’ve done that, you are rest assured that anyone coming after you will be starting on a pretty level playing field. They wouldn’t have to be climbing a very high mountain to maintain the success we’ve had.”

Igali further assured potential sponsors of the NWF’s transparency, while highlighting the importance of their support to wrestling.

“Well, I want to assure every, either, individual or corporation that is prepared to support the Nigeria Wrestling Federation that they have very trustworthy leadership,” he added. “Leadership that is very responsive, and that has over time, judiciously used funds that had been appropriated for any purpose.

“We feel that to keep up even at the Commonwealth level, we need funding from private investors.

“Look at India for instance now. India and Nigeria were almost at par just four, five years ago. In fact, at the Commonwealth Games, our female team beat both Canada and India. But as we’re talking now, India is almost edging Nigeria because they have funding from Tata Motors to the tune of $3m (over N1.2b) a year.

“They just went to the Cadet World Championships and became overall Team champions. That tells you that in another four, five years, the 17-year-old kids will be 20, 21, and they will be world-beaters.

“What the Nigeria Wrestling Federation doesn’t have now is to be able to even expose our young talents to international competitions because we don’t have the funds. And we can only do that when we have private investors partner with us on a long-term basis.”

Australia defeats Denmark to reach round of 16