Rabat – The Moroccan flag has been featured on the new video clip that American star Beyoncé has just released.

The video clip, which was released on Thursday July 30 by Disney+, shows a person holding the Moroccan flag while standing few feet from the American diva and 24-time Grammy Award winner. The Moroccan flag can be seen at the minute 4.18 in the 4.45 minute-long video clip.

The clip is part of Beyoncé visual album “Black Is King”, inspired by “The Lion King: The Gift.”

According to Disney+, The album reimagines the lessons from the movie for “today’s young kings and queens in search of their own crowns,” and is a “celebratory memoir for the world on the black experience.”

The album, which was produced over the course of a year was shot in multiple locations, including New York, Los Angeles, South Africa, West Africa, London and Belgium.

The Moroccan flag appeared on Beyoncé’s album on the same day as the Moroccan people were celebrating the 21th anniversary of the enthronement of King Mohammed VI.

Millions of Moroccans across the world may wonder why Beyoncé has chosen the Moroccan flag among all other flags. The answer may lie in the fact that one of her dancers is Moroccan dancer Hajiba Fahmi.

Hajiba Fahmi has been working with Beyoncé since January 2013, when she worked with the queen of pop on the “Standing On The Su” music video, a promotional commercial for H&M.

At the time of writing, the video clip has been viewed by more than 3.1 million people.

Governor of Western Bahr Al Gazal state touches down at the... 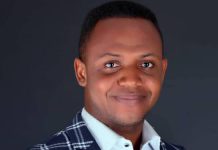 Mkhize would like COVID-19 vaccine to be manufactured in SA