Tonto Dikeh reveals she has forgiven her ex-husband

Tonto Dikeh says she has chosen to let bygones be bygones with her ex-husband Olakunle Churchill, for her son’s sake.

The actress disclosed this in an online chat with renowned journalist Dele Momodu on Sunday, July 26, 2020.

While speaking on the subject of forgiveness, Tonto Dikeh stated that she had realized that forgiveness isn’t about the next person but about oneself.

A man I love and respect always talked to me about forgiveness and I have come to realize that forgiveness is not about the next person.

I know that forgiveness is not about the next person but the explanation I got recently really wowed me. It says I have forgiven you not because you have to be forgiven, I have forgiven you because I do not want to put myself in a place of stagnation when it comes to growth.

Forgiveness is a whole lot and I only just realized that the bible says that if we do not forgive, God cannot forgive us. All these things are in the bible but it never really made an impact on me until someone really explained it.”

When asked by Momodu if she had forgiven her former husband Olakunle Churchill, her response was:

Oh yes, especially him. I forgive him and wish him the best, for my son’s sake. I do. Why not?”

Tonto Dikeh and her ex-husband haven’t been on the best of terms since their split in 2017. They have consistently traded harsh words, with the movie star claiming she has played the role of both parents on Fathers’ Day. 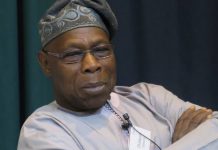 I don’t care what people will say about me when I’m...

Man City looking to sign as many as five more players...