A pair of transfer updates concerning Tottenham have emerged online over the weekend.

The Croatian returned to parent club Inter Milan over the summer, following a solid spell in Germany with FC Bayern Munich.

Since returning to Italy, though, Perisic’s form has been nothing to write home about.

Inter Milan are enjoying a solid 2020/21 campaign, and remain very much in the Serie A title picture at present.

However, Perisic’s displays have been largely underwhelming. In 15 league outings this season, the 31-year-old has scored one and assisted three, whilst struggling to complete 90 minutes of action.

So, it shouldn’t come as too much of a surprise to hear that Inter are reportedly willing to part ways with the winger.

And now, in turn, it has been reported that Premier League outfit Tottenham have opened talks with the Nerazzurri over a loan deal for Perisic.

It is also suggested that Inter would like to add an option to buy in any such agreement:

Tottenham have opened talks with Inter to sign Ivan Perisic on loan. Inter want him on loan from Tottenham with an option to buy.#Tottenham #İnter

What is the chance of Christian Eriksen going back to Tottenham?

The second piece of Spurs news to have surfaced on Saturday again centers on an Inter Milan player.

Christian Eriksen has of course endured an altogether disappointing spell since departing north London for the San Siro.

As a result, the Dane has recently been tipped for a potential return to Tottenham.

However, reliable outlet The Athletic have since confirmed that there is only a ‘small chance’ that Eriksen could make the move back to Spurs.

PSG and Wolves have also been named as potential landing spots for the midfielder, though The Athletic assure that the latter have no interest in his signature.

A problem like Nicolas Pepe: What should Arsenal do with their £72 million substitute? 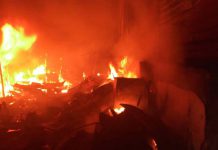 Arsene Wenger’s ‘British core’ 8 years on and how Arsenal’s continual...

Lacazette resurgent, Saka dazzling, a post-Wenger high & all the rest...