The Tunisia forum is a continuation of talks that took place in Morocco, Germany, Egypt, and Switzerland (Photo credit: Reuters).

Meknes – After a week of talks in Tunis, Tunisia, 75 Libyan delegates failed to agree on a transition government to oversee future elections.

Williams said “the majority in the room do not want the status quo,” stressing that this is not acceptable or sustainable.

She added that the Libyan delegates have more work to do but “[they] have agreed to reconvene in about a week in a virtual meeting [to] agree on the selection mechanism for the coming authority.”

Libyan delegations commenced the political dialogue forum on November 9. It aimed to help reach a political solution to the conflict in Libya, hosting 75 representatives across Libya’s social and political spectrum.

The members of the forum agreed on a draft roadmap to unify Libyan institutions, begin national reconciliation, and facilitate the return of displaced people. Participants addressed elections and reforms of the executive authority, Presidential Council, and Council of Ministers.

The forum also sought to determine who will govern Libya in the run-up to future elections and set clear general principles of governance.

Williams stressed that the Libyan delegates should designate an executive authority that will organize the elections and unify the institutional bodies in a way that meets the demands of the Libyan people. However, the participants did not reach an agreement on the executive authority, including the head of the government and three Presidential Council members.

“No names… were discussed” during the meetings, but “10 years of conflict cannot be resolved in one week,” Williams underlined.

The delegates did, however, agree that elections should take place next year on December 24, Libya’s independence day, Williams said at a press conference on Friday.

The forum was part of a series of meetings in Morocco, Germany, Egypt, and Switzerland that sought to help resolve the Libyan conflict.

The three rounds of talks in the Moroccan city Bouznika were largely successful and received warm international welcome. The latest round of talks in Bouznika, from November 4-5, was a prelude to Tunisia’s Libyan political forum.

Morocco Warns Against Change in Legal Status of Palestinian Territories 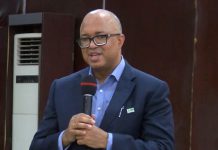 UAE to Open Consulate General in Morocco’s Laayoune Next Wednesday