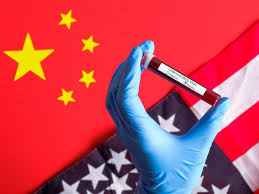 Several U.S. states, mostly in the Midwest have experienced surge in the number of cases of COVID-19 infections on Thursday, as cooler weather takes hold in many parts of the country.

On Wednesday, the number of coronavirus deaths reported across the country got to its highest in two months. Increases in deaths tend to trail spikes new infections by several weeks.

Twenty-eight states have reported their daily record high of COVID-19 cases in the month of October alone.

The United States has lost more than 222,000 lives since the beginning of the pandemic. It is also considered to be the world’s highest total as well as one of the highest per capita death rates, especially among developed nations.

There have been dreadful predictions that the spread would further accelerate in the cold winter months. This has intensified the condemnation of the manner in which Donald Trump has been handling the pandemic.

A report released on Wednesday by Columbia University called the federal government’s response to the pandemic an “enormous failure”, estimating that between 130,000 and 210,000 COVID-19 deaths could have been avoided in the United States.

“The weight of this enormous failure ultimately falls to the leadership at the White House and among a number of state governments which consistently undercut the efforts of top officials at the CDC (Centers for Disease Control) and HHS (Health and Human Services),” the report stated.

Meanwhile, Judd Deere, the White House spokesman has blamed the pandemic’s toll on China, where the virus originated, and the World Health Organization. He vindicated Trump, saying his actions saved American lives.

The spikes in cases and deaths have increased the number of COVID-19 patients in U.S. hospitals which has risen to a two-month high. A Reuter analysis has depicted, “There are now over 40,000 hospitalized coronavirus patients across the country, up 33% from Oct. 1.”

#EndSARS: Four Petitioners To Give Testimony Before Lagos Judicial Panel Of...

Davido, 3 other Nigerians Get to feature in ‘Coming to America...