President Uhuru Kenyatta on Thursday laid the foundation for the construction of a state-of the-art Sports Complex at the Kisumu Showgrounds.

Uhuru who was accompanied by ODM leader Raila Odinga said the complex will be launched next year in April.

While underscoring the need to grow Kenyan talents, Uhuru said the Complex will help train aspiring footballers and prepare them for the lucrative international football market.

To ensure that the Complex will has all the bells and whistles of an international-standards – complex, Uhuru asked Interior Cabinet Secretary Fred Matiangi to see to it that the road to the stadium is tarmacked and streelights fixed.

“Matiang’i wewe ndio chairman, I have seen the road and it is not the road to an international stadium, ensure that it is done before the launch, including the steetlights so that everyone can know,” Uhuru said amid cheers.

During the April 2020 Grand Opening, President Uhuru Kenyatta said Gor Mahia will go head-to-head with AFC leopard in soccer duel of its kind in the region.

He tasked Speaker of the Senate Lusaka to ensure that AFC leopards is ready for the historic clash.

Uhuru also seized the moment to drum up support for the Building Bridges Initiative (BBI), asking Kisumu residents to read and support it.

He praised the report which will be launched on Monday at the Bomas of Kenya as the portal Kenya needs in order to unlock countrywide prosperity. 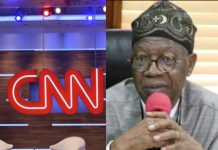 DP Ruto urges leaders to work together for consensus on BBI