US officials and the Moroccan government signed two formal agreements to facilitate the investment projects.

The US is set to finance investments in Morocco worth at least $3 billion over the next four years.

The US International Development Finance Corporation (DFC) and Morocco’s government signed a Memorandum of Understanding (MoU) about the investments yesterday, December 22, during a royal audience at the Royal Palace in Rabat.

The US also announced the future opening of a Prosper Africa office in Morocco. Prosper Africa is an American initiative that seeks to support and promote trade between Africa and the US.

The Prosper Africa office in Morocco will be a regional representation of the initiative that covers the whole of North Africa. It will provide $1 billion to support two-way trade between the US and North Africa.

The US selected Morocco as the North Africa regional hub for the Prosper Africa initiative mainly for its constantly-evolving economy.

“Morocco’s leadership on the continent, combined with its vibrant and growing economy, make the country an ideal base for Prosper Africa as well as create exciting opportunities for DFC investment,” said DFC’s CEO, Adam Boehler.

“We deeply value our strong relationship with Morocco and we look forward to deepening this partnership,” he added.

In addition to the investment MoU and the Prosper Africa office in Morocco, the US announced the launch of a 2X Women’s Initiative in the Middle East and North Africa region. The program will allocate $1 billion for investment projects that advance women’s economic empowerment in the region.

The DFC announced the three investment plans during the official visit of a US-Israeli delegation to Morocco, commemorating the first commercial flight between Morocco and Israel after the two countries agreed to resume their diplomatic relations.

Morocco to Receive 1st Lot of COVID-19 Vaccines Next Week

Arab Barometer: 52% of Moroccans Favor China Over US 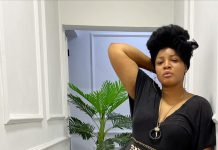 Success is not measured by money alone – Omotola Jalade Opines

Hakim Ziyech’s impressive stats (on both sides of the ball) take...

The ‘Bielsa ball’ jokes flood in as Leeds dumped out of...