Virgil van Dijk’s injury has been arguably the highlight of the season. A season in which Liverpool were beaten 7-2 by Aston Villa and Manchester City succumbed to a 5-2 home defeat to Leicester City. The furore around the Dutchman’s injury has been hyperbolic to say the least.

However, on The Athletic’s “Ask Ornstein” show, David Ornstein provided a hammer blow to Liverpool hopes of van Dijk returning before the end of the season.

“The damage to Virgil van Dijk’s right knee is perhaps worse than initially feared and extends beyond the ACL.”

Ornstein stressed that, not being a medical expert, it would be unfair to speculate and this was based on information he had received.

However, in the video The Athletic writer continued by saying, “It would indicate that we won’t see van Dijk back on a pitch until next season.”

“He will undergo surgery. Exactly when we do not know, that’s a decision for van Dijk and those around him.”

Whether Liverpool will look to bring in reinforcements is still unknown. Joel Matip and Joe Gomez completed the Merseyside derby and could form the long-term partnership whilst the Dutchman is out.

Beyond the pair, options are limited and with the Champions League group stage to negotiate, youngsters may get opportunities or players will be fielded out of position. The most likely candidate being Fabinho who has previously played in defence.

Rhys Williams may also get a chance having performed well in the League Cup. But with January just months away, discussions have supposedly not yet manifested.

“As far as I know that level of conversation is yet to take place internally. They wont make a snap call on the matter. They’re not ruling out a January signing but as things stand I don’t sense it’s likely,” said Ornstein.

With January typically limited and expensive, the Reds may need to bank on good fortune. Or, decide to bring in a loan to reinforce the squad in the short-term.

Inside Training: Rondos, shooting drills and mini-games | Presented by AXA 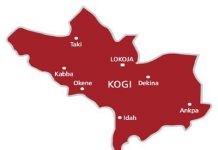 Mikel Arteta on Joe Willock’s chances of starting for Arsenal vs...