The Gauteng Department of Community Safety has embarked on an oversight campaign on gender-based violence (GBV) in the province amid reports of more brutal attacks.

Members of the department visited Evaton on the Vaal where GBV is rife.

In one incident, a 26-year-old woman was killed by her boyfriend after he allegedly raped her. He is then alleged to have cut up her body and set it alight.

The suspect has been arrested and is expected to appear at Palm Ridge Magistrate’s Court in Ekurhuleni on Monday.

We are now at the first family of victim of femicide in Sebokeng. The 26-year-old victim was killed by her alleged boyfriend after raping her, cutting her body using a grinder and ultimately setting her alight. #endGBV #Sekwanele pic.twitter.com/f1DFKctiXn

Acting Head of Department, Sipho Thanjekwayo, has appealed to women and girls to immediately report any acts of violence against them.

“Most of our cases are open on Friday and Saturday and then on Monday, they are withdrawn. The majority of these cases are people who are dependent on these perpetrators. But what we are saying to the victims is that if you don’t continue with your case, the perpetrator is not going to stop. Today it might be a slap on the face, tomorrow it might be a murder. Like in this house where we are. It started with GBV until it came to murder,” says Thanjekwayo.

@GP_CommSafety Acting Head of Department, Mr Sipho Thanjekwayo is currently addressing the members of the media on the visit to the family of a victim of femicide case in Sedibeng District. #TakeCharge pic.twitter.com/qSCnQuCctt

NPP-NDC duopoly: We‘re poised to end it …PPP,CPP,PNC others declare 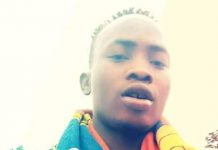