The clash of course marked a historic one, pitting two of English football’s oldest rivals against one another for the first time in 16 years, following Leeds’ return to the top-flight.

When all was said and done at the Theatre of Dreams, though, the visitors were dealt a harsh dose of reality.

An absolutely hectic 90 minutes eventually saw Manchester United emerge on the right side of a 6-2 scoreline.

Scott McTominay put the hosts on their way with an early brace, before further strikes from all of Bruno Fernandes (2), Victor Lindelof and Dan James rounded out a dominant victory for Solskjaer’s men.

Whilst the likes of McTominay, Fernandes, Marcus Rashford and Fred all played starring roles at the weekend, however, one United star who was no doubt left altogether disappointed on the back of the clash was Mason Greenwood.

English international Greenwood was somewhat surprisingly replaced by Dan James in the Red Devils’ starting XI to face Leeds, before failing to even emerge from the bench over the course of the 90 minutes.

Ole Gunnar Solskjaer, though, has since moved to provide a full explanation for his decision to leave the 19-year-old out, before assuring that he will be present in the club’s squad to take on Everton on Wednesday night:

‘[Shaw] came off with an injury. [Cavani] has been out for a while, I needed to get him going and Bruno is one that I also have to protect. It just wasn’t to be for Mason to come on. He will be in the squad unless something happens in the next couple of days.’

MANCHESTER, ENGLAND – JULY 04: Mason Greenwood of Manchester United celebrates after scoring his team’s fourth goal during the Premier League match between Manchester United and AFC Bournemouth at Old Trafford on July 04, 2020 in Manchester, England. Football Stadiums around Europe remain empty due to the Coronavirus Pandemic as Government social distancing laws prohibit fans inside venues resulting in all fixtures being played behind closed doors. (Photo by Peter Powell/Pool via Getty Images)

Elsewhere, updates were also forthcoming on the potential participation of another pair of United stars at Goodison Park.

The news, however, proved of a less positive nature, with Solskjaer having confirmed that both Scott McTominay and Luke Shaw have been ruled out of the League Cup quarter-final clash:

‘Those two will miss the game against Everton definitely. Hopefully, it won’t be too long. They’ll be out but, apart from that, I think everyone is more or less okay.’

🚨 The Reds will be without two key men on Wednesday night, including one of our star performers v Leeds 👇#MUFC #CarabaoCup

Manchester United | Every Goal From The Weekend | U18, U23, MU Women, First Team

Enjoy this look back at every goal from a great weekend for Manchester United,… 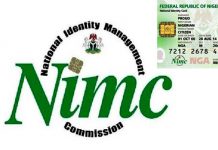 NIMC To Reactivate 20 Centres For NIN Enrollment In Abuja

Arsenal-linked Christian Eriksen confirmed to be leaving Inter in January by...