The future of Eddie Nketiah has been of great interest to many Arsenal fans considering the competition with other forward option Folarin Balogun. Both youngsters are reaching the end of their contracts with the latter much closer to it’s expiration with just 6 months left on his deal.

Arsenal have been trying to renegotiate a contract with Balogun for some time, however frustration in a lack of game time have reportedly led the forward to consider options elsewhere. One of the biggest problems is the competition ahead of him with the aforementioned Nketiah in addition to Alexandre Lacazette and Pierre-Emerick Aubameyang all capable of playing as a central striker.

Now 21 years of age, Nketiah has reached a level of his development where he should be playing regular and consistent Premier League football should he want to persist with a career at the top level. When given opportunities the outcome has been mixed. Scoring the winning goal earlier on in the season against West Ham has been something which the England youth international has struggle to match.

The Gunners endured a poor run of form earlier in the season and were failing to score regularly and Nketiah could not provide the firepower to solve this issue. Meanwhile, Balogun was getting minimal opportunities in the Europa League group stage but taking them well. He scored twice in three substitute appearances and looked dangerous coming off the bench against Manchester City in the League Cup quarter-final.

With the short length of time left on Balogun’s deal and widespread interest, he looks the more likely to leave at this stage.

It was reported that West Ham United were interested in bringing Eddie Nketiah to the London Stadium as a replacement for the the recent departure of Sebastian Haller. The Ivory Coast forward moved to Ajax leaving the Hammers with fewer attacking options and, considering the fitness issues of Michail Antonio, therefore in need of reinforcement.

However, 101 understands that links between Nketiah and West Ham are purely speculative at this stage and there is no sign of an imminent bid arriving for the England youth international.

West Ham have other options in the form of Bournemouth striker Joshua King and Stade Reims’ forward Boulaye Dia considered to be worth significantly less than what Arsenal would demand for Nketiah.

The Hammers do now have money to spend after selling Haller, but will not want to waste money considering the amount which has been spent on the likes of Felipe Anderson, Yarmolenko, Chicharito Hernandez and Haller himself. Money which has not appeared yet to be justified.

All this points to an unlikely arrival of Nketiah in the claret and blue of West Ham. 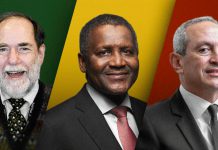 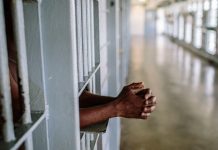 Arsenal’s Willian admits he is currently ‘far away from being at...