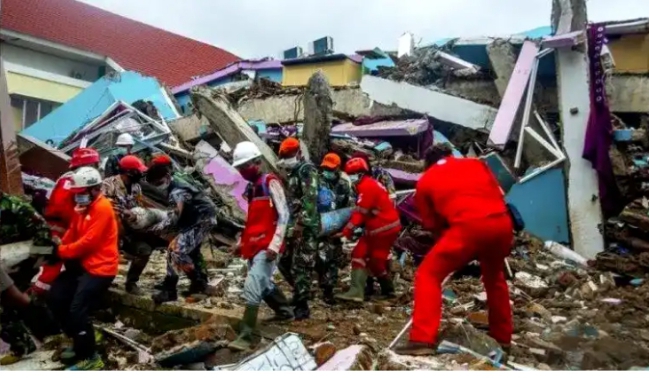 No fewer than 44 people have been killed while hundreds were injured as a shallow 5.6-magnitude earthquake hit an island of Java, Indonesia on Monday.

According to NDTV, thousands of buildings have been destroyed by the landslide.

The quake was centred in the Cianjur region of West Java but felt as far away as the Indonesian capital, Jakarta, according to the United States Geological Survey.

“There have been dozens of people killed. So far, 44 people have died,” said Adam, a spokesman for the local administration in Cianjur town.

He said as many as thousands of houses could have been damaged in the quake.

Herman Suherman, the local administration chief in the town worst hit by the tremor said most of the deaths were counted in one hospital alone.

He said there are other casualties without a specific figure in surrounding villages.

“The information I got for now, in this hospital alone, nearly 20 died and at least 300 people are being treated,” Suherman said.

“I think she’s an animal” – Trump abuses Nancy Pelosi for...