Youth has revitalised Arsenal but the potential of Partey’s return and January signings could lead Gunners to 2021 surprise success.

The turnaround in Arsenal’s form has been what all Gunners fans have been waiting so long for. 3 wins from 3, including an impressive victory over Frank Lampard’s Chelsea, a battling 1-0 win at Brighton’s Amex Stadium, the Gunners have failed to beat the Seagulls in their last five attempts prior to the victory, and most recently a 4-0 thrashing of West Brom.

The difference between these three games and the rest is not only the match result but the inclusion of players which had previously been either underused or out injured.

Emile Smith-Rowe started his first Premier League game of the season against Chelsea and was instrumental in creating the incisive passes, darting runs and quick interchange of play which has been lacking so much throughout the season.

LONDON, ENGLAND – DECEMBER 26: Bukayo Saka of Arsenal celebrates after scoring his team’s third goal during the Premier League match between Arsenal and Chelsea at Emirates Stadium on December 26, 2020 in London, England. The match will be played without fans, behind closed doors as a Covid-19 precaution. (Photo by Andrew Boyers – Pool/Getty Images)

Alongside the English youngster, Gabriel Martinelli has returned to the pitch after facing Manchester City in the League Cup quarter-final. Whilst the Gunners did lose the game significantly, there was enough in the 47 minutes of Martinelli’s cameo to suggest that Arsenal were about to have an injection of tenacity and fight which had been so lacking of late.

The Brazilian ran the Chelsea backline utterly ragged and had them on the back foot for so much of the first half. Against Brighton he looked lively once again and was rested for the match in the West Midlands. Understandable, considering the long-term injury he has just recovered from.

Some have questioned whether Arteta has been forced into some of these decisions with Willian, who has seriously underperformed since his arrival from Chelsea, having been unavailable due to reported ill health.

The truth is that these young players have been blooded gradually through their inclusion in the Europa League. It is likely that Arteta felt that the experienced players would be those that would drag him and his side out of the mire that they had dug themselves into. So now the youngsters have got their chance and taken it, Arteta has continued to show faith in them.

What is arguably most exciting is that Arsenal have been without their number one signing of the summer for the majority of the season. One of the weakest areas of the pitch for Arsenal has been the central part of their midfield. Granit Xhaka was sent off for an angry moment against Burnley, Dani Ceballos has lacked intensity and consistency and Mohamed Elneny is not of the desired level to have a serious impact on the league.

With the looming return of Thomas Partey, the potential of Arsenal’s squad to improve is tantalizing. With the form of Smith-Rowe, Bukayo Saka, Kieran Tierney and Alexandre Lacazette, in addition to a favourable run of fixtures culminating in the matches against Southampton followed by Manchester United, Arteta’s side could look the league’s most dangerous.

MANCHESTER, ENGLAND – NOVEMBER 01: Thomas Partey of Arsenal is challenged by Paul Pogba of Manchester United during the Premier League match between Manchester United and Arsenal at Old Trafford on November 01, 2020 in Manchester, England. Sporting stadiums around the UK remain under strict restrictions due to the Coronavirus Pandemic as Government social distancing laws prohibit fans inside venues resulting in games being played behind closed doors. (Photo by Paul Ellis – Pool/Getty Images)

Considering how bad Arsenal were for the most part of the first half of the season, the prospect of using words such as ” league’s most dangerous” is almost unbelievable.

Then consider who Arsenal may look to bring in the January transfer window. Arteta has said that his plan with Edu, the technical director, for the window has not changed and will not change dependent on results. Arsenal are reportedly looking at bringing in another creative midfielder to provide competition for Smith-Rowe, a right-sided centre-back, considering how many players are leaving in the summer (Mustafi, David Luiz & Sokratis) and a possible backup goalkeeper.

If Arsenal are indeed to sign additional quality and get back the likes of Partey, what initially appeared to be a doomed year could soon turn into something much more exciting.

Join Nick Bright and Adrian Clarke, as they react to our 4-0 win over…

Saftu wants Ramaphosa to answer allegations of conflict of interest in... 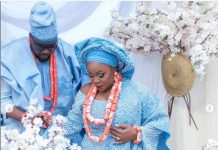