Social gaming giant Zynga on Wednesday kicked off its global launch of a free puzzle game based on the beloved wizarding world of Harry Potter.

“When the Harry Potter series first came to theatres, it was one of those rare moments when everyone was reading the same book, talking about the same film and coming together around a shared experience,” said Yaron Leyvand, Zynga senior vice president of games.

He said the game stays true to the Harry Potter stories and is “infused with the standout moments and delightful wizarding world flourishes that have captivated a global following.”

Zynga said it licensed rights from the game unit at Warner Bros, which produced the Potter films based on the hit books by JK Rowling.

Chocolate frogs, spell casting and battling chess pieces are among the Potter world touches woven into the colorful puzzles that players are challenged to solve, according to the company.

“Mobile games have never been more popular or more important to people than they are right now,” said Zynga publishing president Bernard Kim.

“People are playing games for entertainment, relaxation and as an accessible source of comfort and connection.”

Zynga is known for games including “Farmville” and “Words With Friends.”

Puzzle games are some of the most popular among “casual gamers” thanks to their easy accessibility and the fact that they are free to download.

“Candy Crush Saga” by British developer King is among the most downloaded games on the Apple and Google Play stores, according to market tracker Newzoo.

Mobile games are expected to generate more than $77 billion in revenue this year, up some 13 percent from last year, Newzoo said.

“We’re all still experiencing the harrowing and unsettling situation that is the coronavirus pandemic,” Newzoo mobile market lead Tianyi Gu said in a report on COVID-19’s effects on the business.

“Gaming has been a means of escapism and time filling for many people confined to their homes.”

“I’m like MTN in Ghana; I hear all you say about me” – Shatta Wale calls out Burna Boy (Video)

Reactions as Nengi shows off new look on braids (Video) 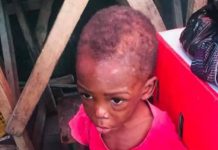