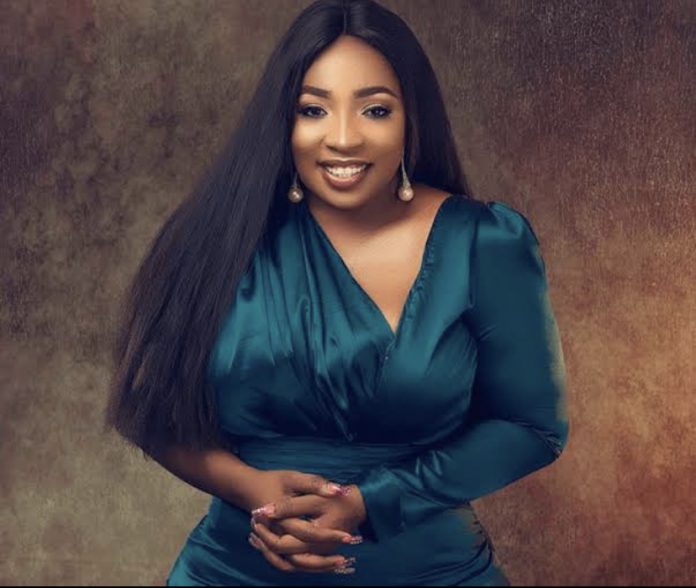 Nigerian actress, Anita Joseph has explained she would still get the compliment of men even when she turns 60.

Joseph said that no matter how she ages, she will never stop being tasty even though she gets old.

The actress made this known recently during a live Instagram chat with her fans. She said, “I can’t stop being hot even though I’m 60.”

She implored men to stop stalking married women telling the type of direct messages she get on Instagram is shocking.

“The kind of messages men send me, I will say but these people know that I am married, I won’t reply, I will just open it, read it and close it, delete it, they know you are married but they just want to try their luck, so any married woman that gives in, I do not blame the men, I blame the women because a man’s duty is to chase you if he chases you, you open for him, so if you did not open for him, he is not going to enter right.”

She shared an ordeal with a fan in one of her recent posts when she asked them to drop a comment for their ex, she said “when she dropped the comments, I read it and so I sent her a message saying I don’t know you but you’re hurting so bad, sometimes it’s good to let go because when you let go of your hurt or the pain you feel inside then you now get healing, then she replied me that she has let go, she said her husband was sleeping with her cousin for five years. Men make una hear me, there are some things you should never do to a woman. It kills soul, this guy was dating the wife’s cousin for five freaking years, who are you? who born you? who raised you? Who is your mother? when the girl told me I wanted to insult the man too on my page but I said Anita this is not your fight, I was in pain so anything the girl said to that guy let it follow him. If it was a woman now the society will judge it like an abomination but now it is a man.”

She urged young people not to rush into marriage, saying, “Are you getting married to pepper your friends or show off? Get married because you want to get married, get married for the right reason.”

Pero reacts to being referred to as 2face’s first wife

Saskay gets angry, says relationship is not the next for her

France to ban plastic packaging for fruit and vegetables from January

Ghanaian rapper boosts ahead as he completes high school exam