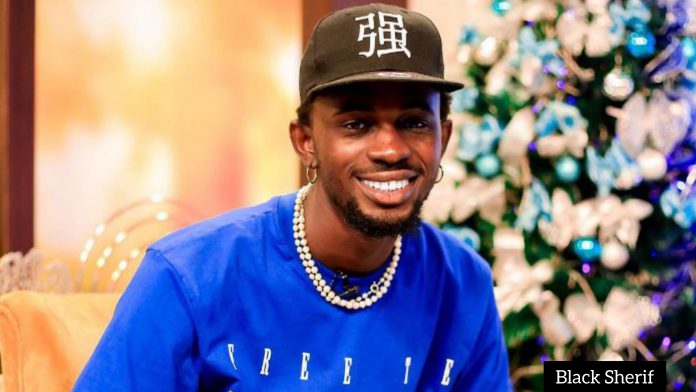 Ghanaian musician, Mohammed Sherif, popularly known as Black Sherif, has bagged his first BET HIP-HOP AWARDS nomination, making it his first international nomination.
The hitmaker was nominated for the BEST INTERNATIONAL FLOW at the 2022 BET Hip Hop Awards.
The ‘Kweku The Traveler hitmaker is set to battle other artists from Africa, Europe, and Canada to win the award for the best international flow.
Black Sherif is set in the same category as BENJAMIN EPPS (FRANCE), BLXCKIE (SOUTH AFRICA), CENTRAL CEE (UK), HAVIAH MIGHTY (CANADA), KNUCKS (UK), LE JUIICE (FRANCE), NADIA NAKAI (ZIMBABWE), and TASHA & TRACIE (BRAZIL).
Black Sherif is the second Ghanaian to be nominated for the Bet Best International Flow award, a category introduced by the award board in 2019.
The first to win in the category was Sarkodie in 2019.
The 2022 BET Hip Hop Awards is scheduled to take place on September 30, 2022, at Cobb Energy Center in Atlanta.
Black Sherif has inked his name in the entertainment industry and gained a tremendous following worldwide with recognitions from DJ Khaled, Busta Rhymes, Snoop Dogg, and others.
His popular tune Kwaku The Traveller gained 75 million streams in its first week. In June 2022, Black Sherif reached 100 Million Boomplay streams.

It’s tougher being a stand-up comedian than a skit maker –...