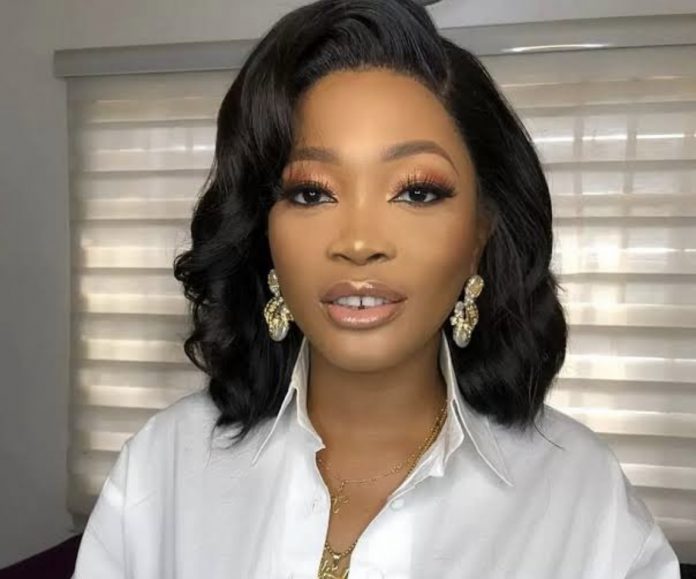 Content creator and Comedian, Bukunmi Adeaga-Ilori, popularly known as Kiekie, has reacted after she was accused of mocking actress Funke Akindele over her failed marriage.
The news of Funke Akindele’s split from husband, JJC Skillz, rocked the internet on Thursday morning, June 30, 2022 after the Songwriter announced the end of their marriage on his official Instagram page.
This announcement triggered a lot of reactions from both fans and followers, who have continued to air their opinions about what might have gone wrong in the home of their one-time favorite couple.
Amid this, content creator, Kiekie, shared a hilarious video about ‘breakup’ displaying funny dance moves in the clip shared with the caption, “How you dance when they serve the person that served breakfast breakfast.”
An Instagram follower wrote, “Kie Kie I hope no be funke you dey shade”.
Meanwhile, one of the comments caught Kiekie’s attention, and she reacted, tagging those linking the post to Funke Akindele as shallow-minded.
Kiekie’s reaction to one of the comments below: 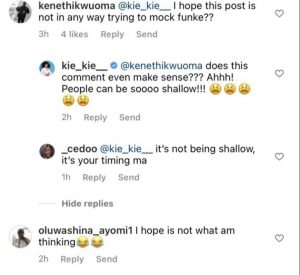 2023: Peter Okoye advises youths to have sense and get their...

Ayra Starr debut album to be out August 6