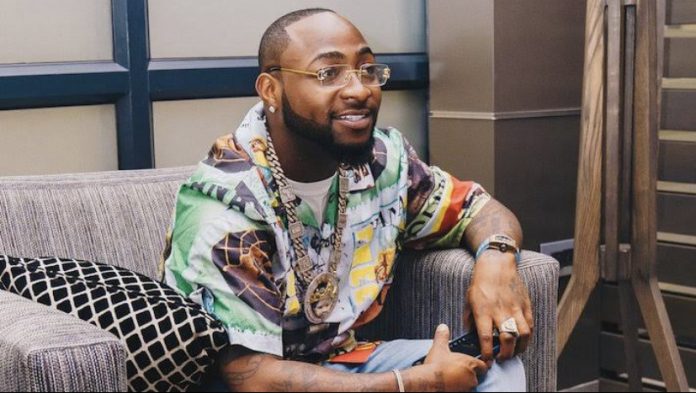 It was an amazing outing for Davido, who was born in Atlanta to Nigerian parents, and he was accorded the special honour of hitting the Golden Spike in a fully-packed Mercedes-Benz Stadium.

Davido, wearing a customised no. 7 shirt of the club with his name at the back, surprised in front of the Supporters Section with the chants of ‘A-T-L’ from the club faithful.

It is believed that the Golden Spike signifies the berth of a new movement in Atlanta and Saturday’s feat made the 28-year-old Nigerian the first African artiste to hammer the Golden Spike.

Kaye west was also in attendance at the game after his ‘Donda’ album listening event at the stadium. The Grammy Awards winner took to his social media to share clips of himself in the stands with supporters.

“Nasty C is much better than any US rapper,” says Burna...

Spiderman: No way home becomes 8th most grossing movie of all...