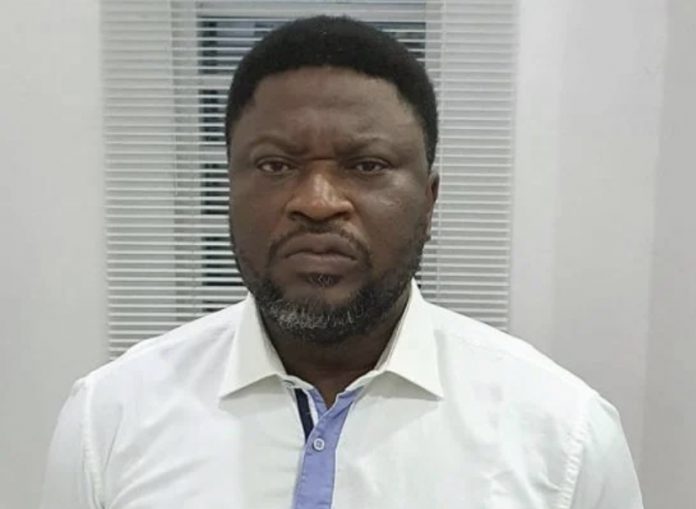 Femi Branch who is Nigerian actor, has dragged fellow colleague in the industry, Yomi Fabiyi over his latest movie, ‘Oko Iyabo’ on the sexual harassment charges against Baba Ijesha.

Recall that Baba Ijesha is tried on a six-count charge which includes sexual assault by penetration, indecent treatment of a child, and sexual assault.

After the release of ‘Oko Iyabo’, the movie began to generate negative views from many users on social media who ask for the motives behind movie.

Movie stars like Iyabo Ojo, Tonto Dikeh, and others have also condemned Fabiyi’s action, while the authority of the Theatre Arts and Motion Pictures Association of Nigeria (TAMPAN) have summoned the actor over the film.

In a recent video, Femi Branch dragged Yomi Fabiyi over the new movie, describing him as a “disgrace to filmmakers”.

He also said that the movie was “shamelessly” put in place to bring another colleague down instead of the supposed purpose of mending lives.

“It is very unfortunate Yomi that you can descend this low, when I saw the whole thing about the ‘Oko Iyabo’ movie, I was so utterly disgusted. I thought you are to somehow apply some common sense, maybe make it very abstract,”

“I knew you were attacking Iyabo Ojo, the target of that film was Iyabo Ojo but I thought you going to be a bit sensible and creative about it and not make it so direct but I was utterly shocked when I saw that you did not even make any attempt to even exercise any creativity. I mean from what I saw it was some sought of a lame, senseless person that claims to be creative. You are a disgrace to filmmakers. I am ashamed that I know you honestly.

“I am totally disgusted, totally ashamed to even claim that I know you, you are a disgrace to filmmakers all over the world.

Femi Branch has however called on the Nigerian police to take the necessary steps against Fabiyi’s action.

Iyanya, Ubi franklin back together after five years

Adekunle Gold, Simi shower blessings on daughter as she clocks one