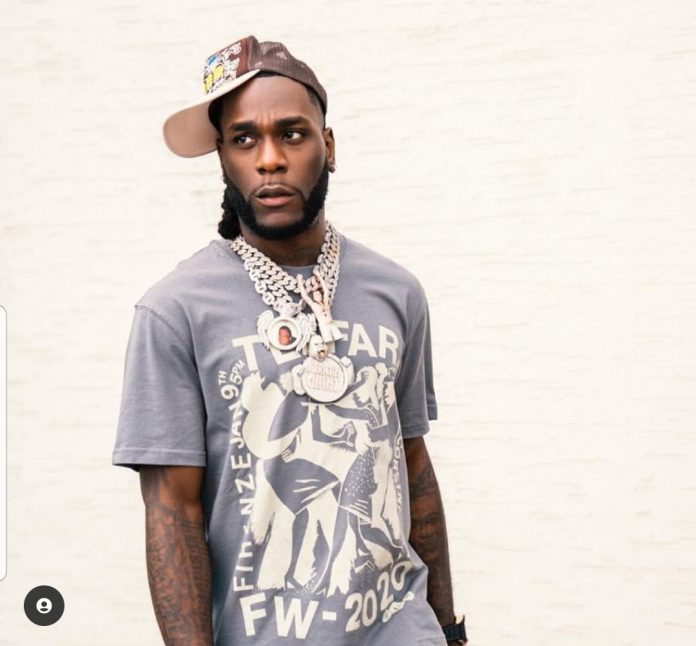 Grammy Award winner and self acclaimed African Giant, Burna Boy has fired a word of warning to those who want him to make music that reflects the mood of the moment, saying he would not toe the path that does not fit his style.

The singer has come under attack from a section of fans and social media followers who he said always like to dictate to him what his style or pattern of music should follow, insisting that his music will always reflect his emotions and energy.

Burna who is still basking in the joy of his success at the Grammy said he has resumed work on a new album and he already has a name for the music project, hinting that with just few weeks from now, name of his new album would be revealed.

He won the Grammy Award last year with his Twice As Tall album, making him the first African to win in the category having lost out to Anjelina Kijo the previous year.

His international appeal grew extraordinarily since he emerged winner of the most covetous music award with Burna becoming Africa’s most bankable artite currently pushing his craft across borders.

Speaking about his music that has made him a big brand across Africa and on the international scene, Burna Boy said he likes to make albums that reflect and represent the energy and emotions he feels at specific times In his life.

According to the singer, “I make albums that represent the energy and emotion that I feel at specific times in my life; making #TAT was therapy for me.”