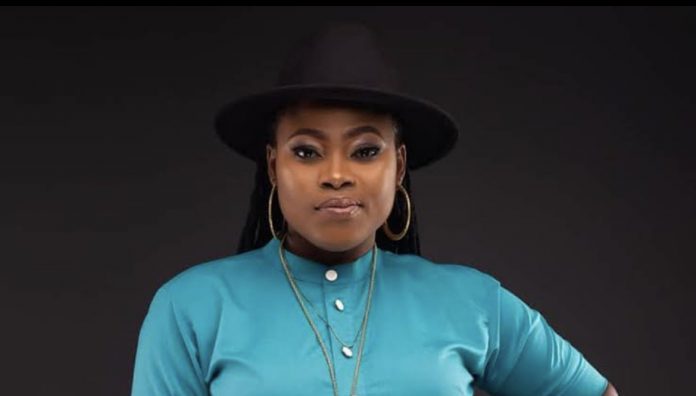 Ghanaian gospel singer, Joyce Blessing has been in the news since the video where she was drunk and admitting love to a man she claims to be her lover appeared online.

The “former” husband of the singer who described himself as Dave Joy, has denied he was the one Blessing was referring to, against what the management of the singer said.

Reacting to the saga, a psychologist, Dr. Samuel Yawson thinks Joy Blessings’ behaviour has something to do with both emotional and psychological well-being.

He said, “The symptoms she’s showing, like crying, drunkenness and she saying she is broken-hearted, means things are not well in her head and her emotions.

“She needs social support and also from us, I mean psychological support. So we can help her, she needs it because this situation can destroy her music career,” he stated.

“People boose because they want to forget their problems, but after the alcohol diminishes, your problems are still intact. Joyce needs what we call social support, those around her should encourage her. They should show her their unflinching friendship because we are human and we fault. Whether Christians or Muslims, the important thing is rising from the fall.”

Tonto Dikeh says she has never failed in leadership.

Most ladies of today are not prayerful like our mothers –...