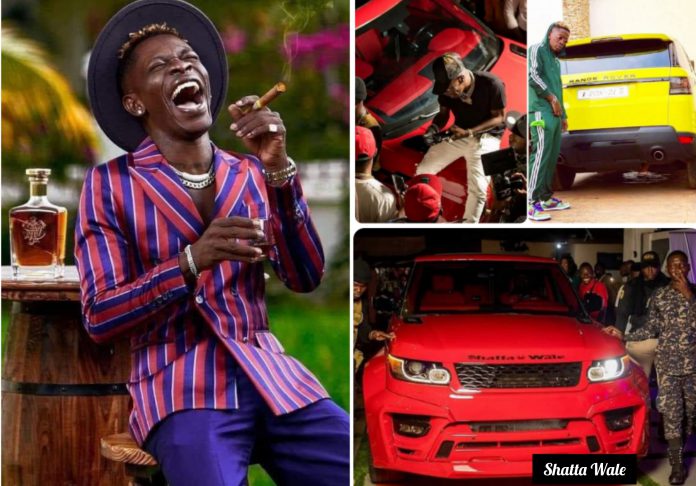 Ghanaian dancehall artist, Shatta Wale has fired back at critics for alleging that he customized and repainted his old range rover and presented himself as a new car.
The repainting news went viral after Shatta Wale unveiled a Range Rover presented to him as a birthday gift.
Meanwhile, upon careful examination of the car, Netizens realized that, it was his old car, rebranded.
Shatta as his way of clapback descended on those circulating the news, stating that those behind the news are not enlightened.
However, Wale urged the rumor mongers to buy the same car if they can afford it