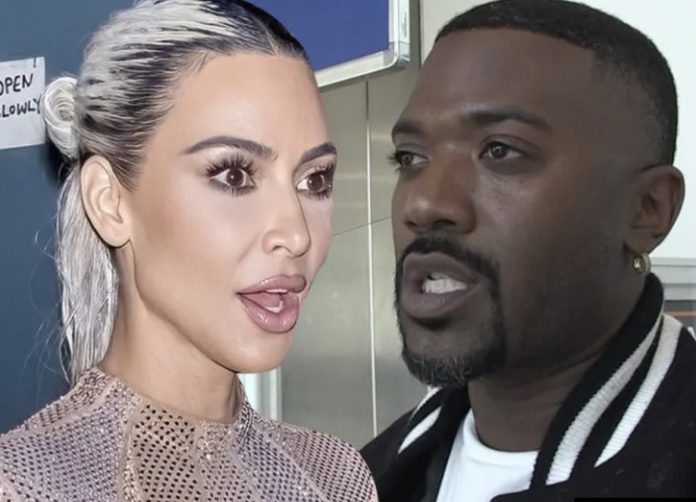 New documents surface online appear to support the conclusion that Kim Kardashian knew about the supposed leak of her s*x tape and that she financially profited from it.
The documents have been released then by Kim’s partner and co-star, Ray J, who was going all out to prove Kim and her mother knew about the release of the video that launched Kim’s fame.
Kris Jenner recently claimed she knew nothing about it after taking a polygraph (lie detector test) on a television show.
Following her claim, Ray J came out swinging to debunk her claims, releasing portions of his contract and Kim’s contract.
Report has also uncovered an email sent to both Kim and Ray J weeks after the tape’s release informing them both about the unprecedented success of the video.
Per the email, the tape made over $1m just six weeks after its release.
The tape was released in 2007 and although Kim sued the distributing company Vivid, the case was soon settled out of court.
Ray J insists Kim knew about the video’s release from the get-go and that their deal was to receive $400,000 upfront and 12.5% of profits.
However, he also alleges they shot two tapes and that Kris checked both tapes and authorised the release of the one most flattering to Kim!
Meanwhile, The Kardashians keep denying any involvement about the release.

BBNaija star, Laycon, blast troll who said “he is not worthy to be called a rapper”

Actress, Keke Palmer reacts to claims of being ugly without makeup

Omotola, Dakore, others pledge to stop smoking scenes in movies

“Every Nigerian deserves to go to heaven because they have tasted...