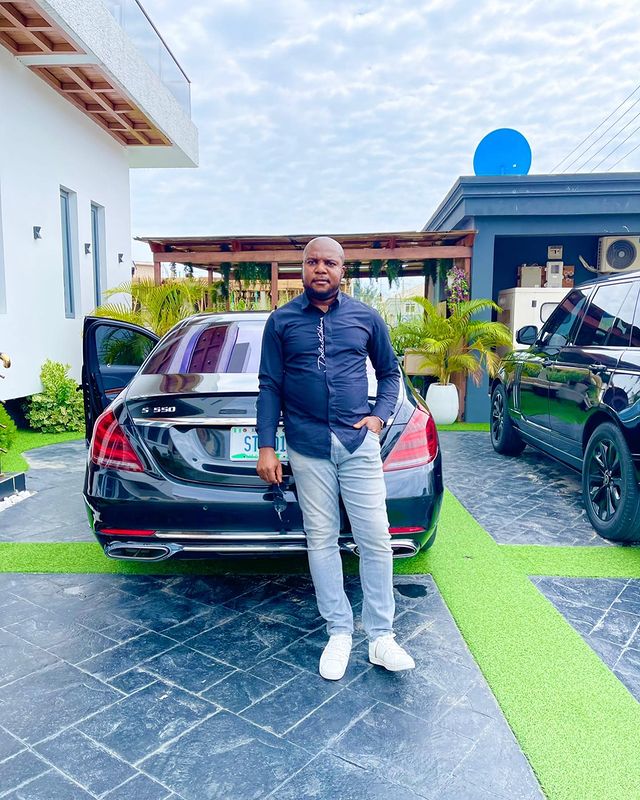 Steve Thompson has apologised to the general public over his recent outbursts on his marriage.

The businessman who on Sunday, revealed he had sent his wife packing from their matrimonial home. He claimed to have spent a whooping N45 million marrying someone he knew nothing about.He also accused his wife of excessively using social media, fighting everyone and many more.

Thompson took to his Instagram page to tender apologises and said his outburst was due to the misinformation bloggers were dishing out about his personality.

He also shared a video where he was being chauffeured in Monaco and captioned it. He wrote, “This guy said you will love it in Monaco. I came from Paris this morning to see.

“Kindly pardon my outburst on Sunday here on Instagram, some bloggers were writing nonsense about my person.

“A lot will be worked on, being a better person is the best thing that can happen to anyone, all will be well.

“I came to Paris to get some air this morning, decided to visit the beautiful Monaco this evening. Be positive about life, that’s the only way forward”.

Kanayo O. Kanayo say, “There is no sex-for-role in Nollywood”

Gauteng paramedics to march after violent attacks on EMS personnel