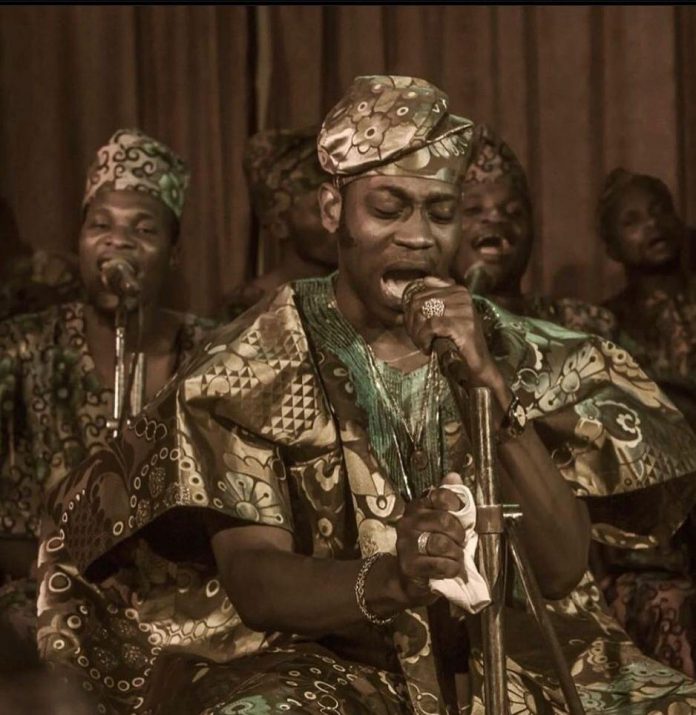 As fans’ anticipation of Tunde Kelani’s new movie Ayinla Omowuramotu mounts daily, lead actor in the movie, Lateef Adedimeji has confirmed that the movie will hit cinemas across the country on June 18.

Lateef whose career has been on the rise in the last few years within and outside the Yoruba speaking movie industry said he could not wait to share with the people what it took him to play the role of the Egba-born apala singer whose songs were deployed to tackles societal issues during his time.

Directed by Tunde Kelani and Kunle Afolayan, Ayinla movie paraded movie stars including Lateef, Omowumi Dada, popular skit maker, Debo Adedayo, among others to bring to life the life and times of the Apala music legend, who at the peak of his meteoric rise killed in a beer parlour in Abeokuta, Ogun State on May 6 1980.

According to Lateef, “I am excited to be bringing to life on the big screen this June the story of the life Nigerian musician and Apala legend, Ayinla Omowura, who used apala music to address issues of the contemporary society- commending and critcising various governments and individual acts”, he said.

Mompha declares EFCC thieves as he shows off his luxury wristwatches retrieved from them.

Investigation finds no evidence of GBV during removal of EFF MPs...

Department refuses to respond to fracas over ‘nonsense’ fracking regulations

Tekno brought me back to limelight – Davido