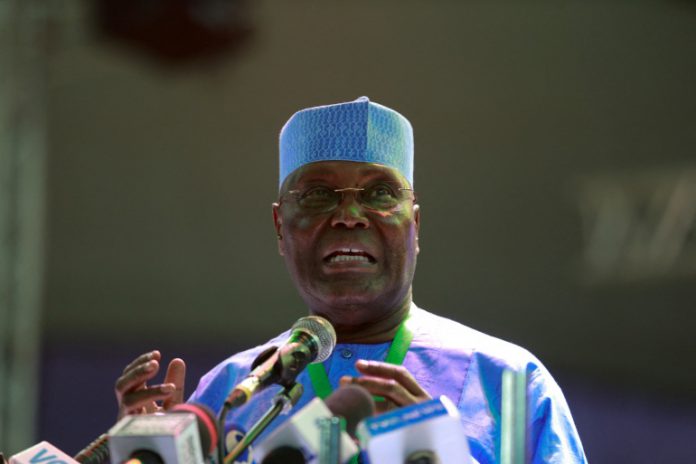 The Presidential Candidate of the Peoples Democratic Party (PDP) for the 2023 general election, Atiku Abubakar, has urged his fellow contestants in the primary election to work with him for the victory of the party.

Abubakar said this on Sunday morning in Abuja in his acceptance speech after he was declared the winner of the PDP primary and the party’s candidate.

He described the primary election that produced him as free and a well-fought election. He pledged to work with the co-aspirants and give them a sense of belonging if elected.

“Let me also use this opportunity to call on my fellow contestants and to assure them that I am ready to cooperate and work with them and give them a sense of belonging in this party and our next government.

“Therefore, my fellow compatriots, I want to appreciate your efforts in deepening our democratic processes in this party. It was a well-fought primary election.

“So, I commend you for that and I look forward to working with you very closely. So that together we can build this party to a level where we can take over the government,” Abubakar said.

He also appealed to aggrieved party members to return to the PDP, pledging that their grievances would be addressed.

Abubakar described the exercise as the freest election conducted by the party, saying the outcome remains historical in bringing fundamental changes to governance and democracy.

“Today, we are making another history. The history, which we believe will bring about fundamental changes in governance and also in our political processes.

“Today, we have witnessed another one of the freest elections to be conducted by our great party.

“Today marks another milestone in the process of our democratic gains,” he said

The former vice president reiterated his pledge to unite the country as well as deal with its economic and security challenges.

He recalled that in his declaration, he referred to himself as a unifier and pledged to unify the country.

“I am going to deal decisively with our security challenges in this country. I also pledge to confront our economic challenges, which were caused by the APC government.

“The PDP made Nigeria one of the most prosperous countries on the African continent.

“We implemented economic reforms that brought about jobs, and prosperity in this country.”

The gains according to him had been wiped out, pledging to return them.

A total of 15 aspirants were cleared to contest the PDP presidential primary although some of them withdrew before the contest started on Saturday.