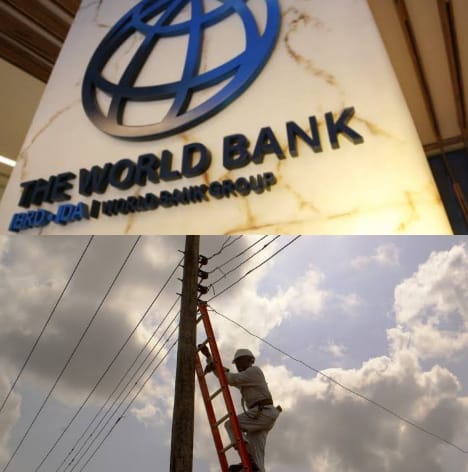 The global financial body, World Bank has revealed that 74 percent of power users in Nigeria are have less than 12 hours supply of electricity daily.

The bank disclosed this in its Power Sector Recovery Programme (PSRP) Opinion Research Fact Sheet obtained in Abuja, stating that the findings were done after a thorough survey conducted by the financial institution.

Providing highlights from its findings and analysis of the PSRP, the World bank said 93 percent of consumers paid their electricity bills regularly whenever their units were exhausted.

It stated, “Seventy-six per cent (power users are) willing to pay more for electricity if supply improves. Sixty-seven per cent agree that electricity theft is a big issue and affects quality of supply.

It added, “Seventy-four per cent are dissatisfied with electricity supply. Eighty-seven per cent are unaware of ongoing reforms (PSRP) in the power sector.

“Fifty-three per cent do not receive adequate customer service from Discos (distribution companies). Eighty-two per cent are unaware of tariff band classifications.”

“Metering is a key concern nationwide – respondents were generally dissatisfied with the metering system. Electricity tariff is a nationwide concern.

“There should be significant improvement in service delivery before increase in tariff. Majority of respondents are unaware of the key policies and activities of government and operators.”

It added, “Electricity theft and vandalism are major issues and impact significantly on the quality of power supply.

US donates Equipment worth over $325,000 to Nigeria Police to combat...