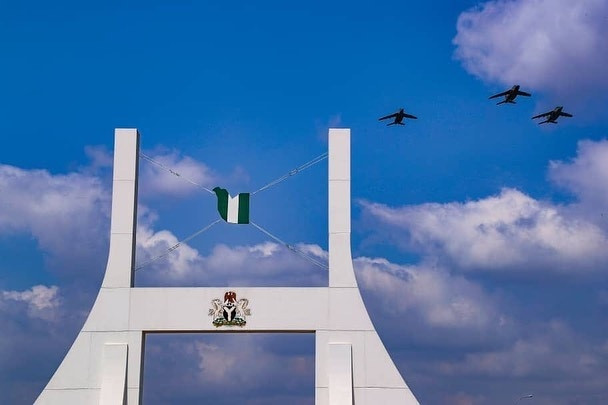 A resident of Trademore Estate in Lugbe, Federal Capital Territory (FCT) has debunked claims of American soldiers carrying out a raid in the residential area.

The resident disclosed that only a foreigner was identified among the operatives who carried out the operation.

The man, who pleaded anonymity said two suspects were arrested some meters away from Living Faith Church on the estate.

Another resident said the security operatives were close to 30.

“Some of them were fully masked; all of them were plain cloth operatives; only one of them is a white guy, this could have given the impression that he is a US soldier.

“When the security men came here, they didn’t easily identify their targets. They kept moving to different houses harassing people. They didn’t allow anyone get close to them through out the operation. It was later that they got hold of the suspects and they picked them up and left.”

Meanwhile, it was reported recently that the troops of the United States (US) Army allegedly collaborated with operatives of the Nigerian Department of State Service (DSS) to carry out a raid on Trademore Estate in the Lugbe area of Abuja.

A notice issued by the management of the estate read:

“It’s no longer news that there was a High Powered Sting Operation in Phase 3 this afternoon, culminating in a complete shutdown of our estate. A combination of the American Army and our DSS team were responsible.

“We are unable to give full details of the reason(s) behind the operation, however, we can confirm that there was an allegation of terrorist activities. It is therefore desperately incumbent on every resident to remain vigilant, KNOW YOUR NEIGHBOURS and report any suspicious movement, person or activities to the Exco, Street Reps and/the Police.”

This report of raid comes days after a security alert issued by the US embassy, warning residents of an imminent terror attack in Abuja.

The US and the United Kingdom (UK) issued security alerts over likely terror attacks in Abuja on Sunday.

The Inspector-General of Police, Usman Alkali Baba, also ordered security beef up in the Federal Capital Territory (FCT) and the states.