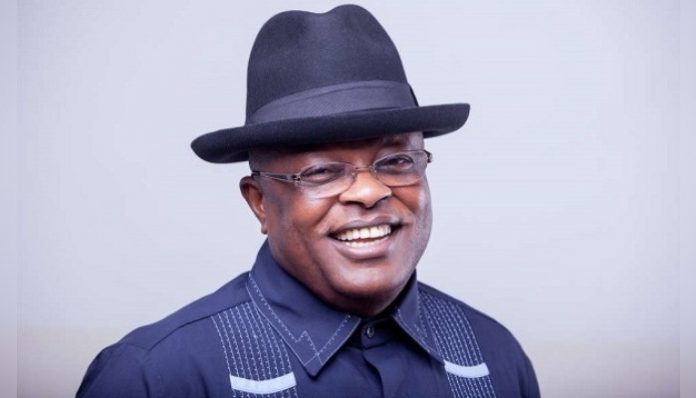 The governor of Ebonyi State, David Umahi, has reportedly called for the empowerment of bandits stating that they are ‘‘our children’’ and need to be looked after as well.

PM news reported that the governor stated this during the presentation of 40 Toyota Sienna vehicles and 20 Hilux vans to security agencies for enhanced operations in the state on Friday, April 30. At the ceremony, the governor declared his intention to negotiate with bandits to ascertain their grievances and the way forward.

The governor directed local government chairmen and Christian Association of Nigeria (CAN) to identify the bandits and present them for debriefing.

“I want to talk to the bandits and empower them as we cannot continue to kill ourselves and destroy public infrastructure. The bandits are our children and I am pained when they or the security agencies are killed.

“I want to ascertain their grievances against the Ebonyi or federal government, collate the facts for discussions to commence,” he said.

Meanwhile, the governor seized the opportunity to dismiss reports claiming members of the Indigenous Peoples of Biafra (IPOB) or Eastern Security Network (ESN) were after him.

Thoroughly probe assault on Caleb Kudah and other journalists – CDD...