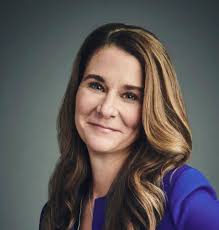 Melinda Gates who became one of the richest women in the world following her split from her ex-husband, Bill Gates, is dating again.

Du Pre is a former reporter and touts himself as a Strategic Communications Specialist, with 35 years of experience in broadcasting, writing, video production, public speaking and more. He was a TV correspondent for Fox News Channel in the late 90’s and early 2000’s.

While it is unclear how they met, it was however learnt that they and some family members recently hit Pelican Hill, the 5-star hotel in Newport Beach.

We must ruthlessly dismantle terror networks in the horn of Africa...

Ignore Azimio Side shows and keep your eye on the ball:...