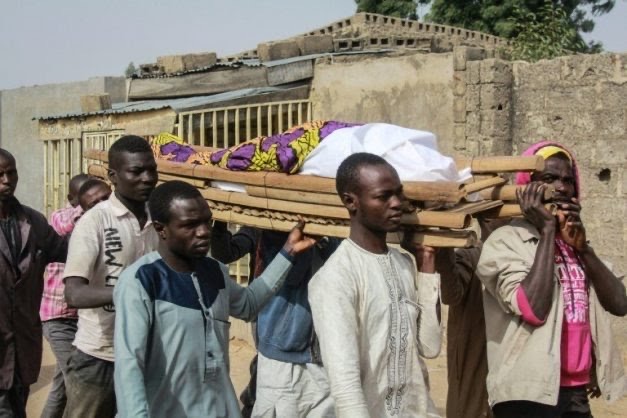 A deadly attack by Boko Haram in the northeast of Nigeria killed at least 16 people, including children who were playing football in a field, local militia said on Wednesday.

Attacks by the group are usually foiled after fierce gun battles with Nigerian security forces but the jihadists fired rocket-propelled grenades on residential areas on Tuesday.

In one of the neighbourhoods, Gwange, nine boys were killed when an explosive landed in a field where they were playing football, Babakura Kolo, the leader of a self-defence militia said.

“Initially four died but five more died from the serious injuries they sustained from the explosion.”

In many parts of Nigeria, communities have resorted to relying on armed vigilantes or militias, who work alongside the army, for defence.

“When it was happening, my place of work was close by, I just saw something red coming and it fell, knocked many, and killed many people,” said eyewitness Awana Ali.

On Wednesday the Governor of Nigeria’s Borno State visited the scores of injured people in the volatile city of Maiduguri.

“The only possible solution is for us to deploy technology and then detect any incoming persons into the town with a view to harming the populace,” said Borno State Governor Babagana Umara Zulum.