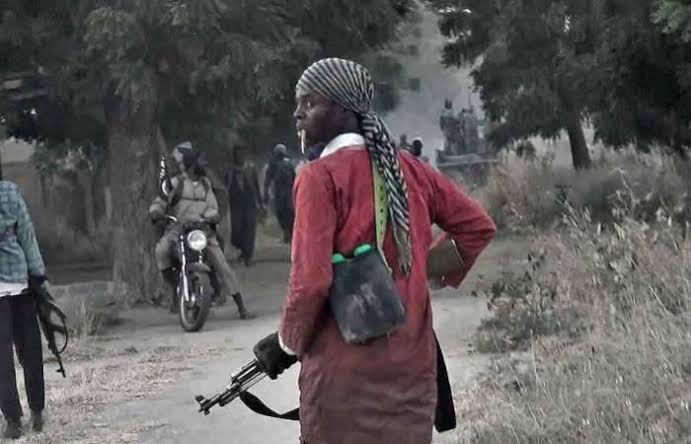 According to the information disclosed to SaharaReporters by a source, the insurgents were in a gun duel with the troops in the area.

It was gathered that residents in their numbers have since scampered into the bush for safety.

The Director affirmed that the military would not relent in its fight against terrorism.

He, however, urged members of the public to be observant in their communities.

According to a memo seen by Peoples Gazette, the terrorists are said to have relocated from Sambisa Forest in Borno state to Rijana Forest in the Chikun local government area of Kaduna.

The newspaper quoted part of the memo as saying a “senior Boko Haram fighter, Ibrahim (FNU) alongside his foot soldiers” were relocating to join their counterparts “under the leadership of one Adamu Yunusu (aka Saddiqu)”.

The DSS, therefore, ordered the officers of the Nigeria Security and Civil Defence Corps (NSCDC) to tighten security in the “aforementioned areas and environs,” adding that its operatives “should be placed on alert and report accordingly”.

One arrested after explosives found near Orania